Apple’s Worldwide Developer Conference, WWDC, is among the biggest annual events of the California-based tech giant. This year’s edition, which commenced on June 4, and come to an end on Friday, June 8, 2018. This week-long conference features developer training, workshops, networking events, and others. However, among these, one of the most outstanding developments in this year’s WWDC was the June 4 announcement of the latest update to the iOS platform — iOS 12.a

iOS 12 Beta: Release Date and New Features
How to Get iOS 12 Beta?
Can Your iOS Device Run iOS 12?

Billed to hit devices later in the year, this annual iOS update offers a bevy of features including standard performance improvements like new Memoji and Animoji features, group FaceTime, and a host of others. In this article, you’ll learn the features, capabilities and release date of this latest update and how to get iOS 12 beta, which has already been made available online by Apple.

Beta version for paid Apple developer was unveiled by Apple on Monday, June 4, and others are rumored offerings. Nonetheless, you can expect more changes coming to your iOS devices (iPhone and iPad) when the latest update is released later this year. the public beta version will possibly be made available online on June 26. The ultimate iOS 12 software will likely come pre-installed on new iPhones around September 2018.

iOS 12 promises novel capabilities that will only make your smartphone work faster, but also be more responsive. The multinational corporation, reportedly, found it difficult slowing down iPhones that have aging batteries. Hence, every user anticipates that the update will work efficiently on even those older devices. At least, during the WWDC keynote, the company did not reveal much information on any iOS impact on batteries.

It is quite probable that this new OS will be released at about the same time that the new iPhones will be unveiled in the fall. Concluded from the WWDC and other rumors, PDFelement iOS App developer lists new features of iOS 12 Beta:

With this feature, you will be able to place time limits on your usage of apps. This option is a bold from Apple to tackle the ubiquitous challenge of smartphone addiction. Almost every phone user experiences screen addiction — this is even more prevalent among teens and young adults, as a number of studies have shown in recent times. Thus, parents looking to monitor how long their kids spend in operating phones, will find this feature quite handy.

With this new Screen Time offering, Apple promises a weekly summary, detailing the frequency of usage of iPhone or iPad by you or your youngsters. Such summary will provide answers to questions like what programs are you/they spending time operating? What is the breakout, for instance by social networking, by games, etc.? Where are notifications emanating from the most? Equipped with this information, you can take well- informed decisions as regards setting app time limits for your kids. This kind of limits can be set by individual app or category. You could also consider giving your kids a time allowance for using certain apps, as a reward for good behavior. 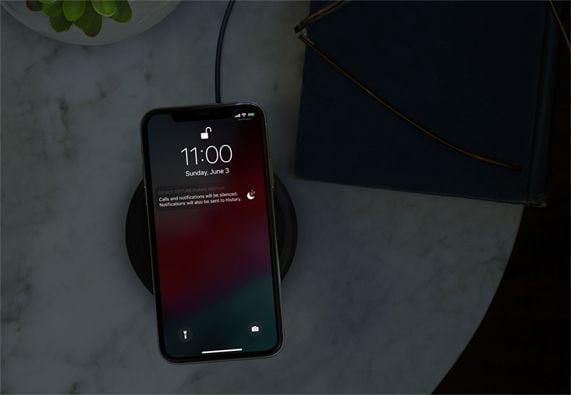 Do Not Disturb is a potentially useful functionality that can help combat screen addiction. This option, when used in Bedtime mode, helps you enjoy peaceful sleep at night. Once the mode comes on, the display of your iPhone is dimmed and your notifications are hidden, until a pre-programmed wake-up time or anytime you tap the phone screen. To set Do Not Disturb during Bedtime on your iPhone or iPad, go to Control Center and choose an automatic end time depending on the time/location like a playground, a movie, etc.

3. Group FaceTime for Interacting with Multiple People at a Time

Group FaceTime is part of the iOS 12 feature that is on the wish list of many iOS users. It allows you transcend the limits one-on-one video calls impose on callers as you can make use of FaceTime with multiple people (up to 32 users) at a time. 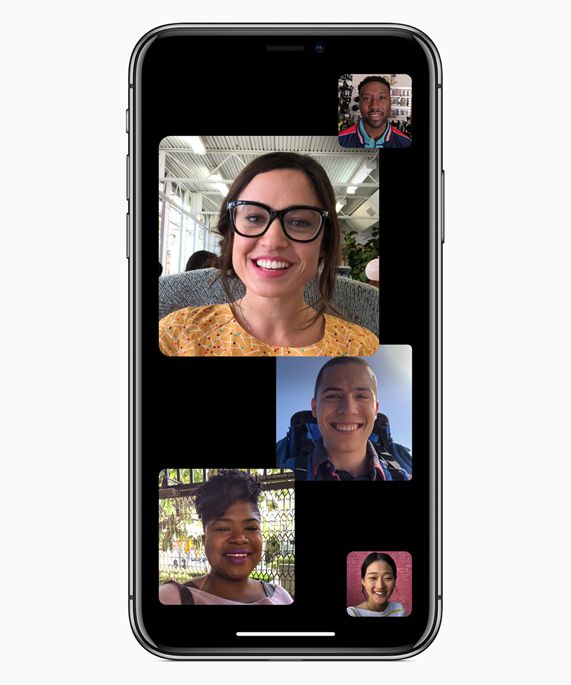 Are you among a host of iOS users that seek a smarter Siri, with innovative and breath-taking offerings like those of its brainier rivals — the Google Assistant or Alexa? OS 12 will offer a Siri that has more intelligent capabilities. Apple plans to add an option known as Siri Shortcuts, which will work with third-party developers. These shortcuts essentially let you customize actions for Siri depending on an application, routines or time of day. 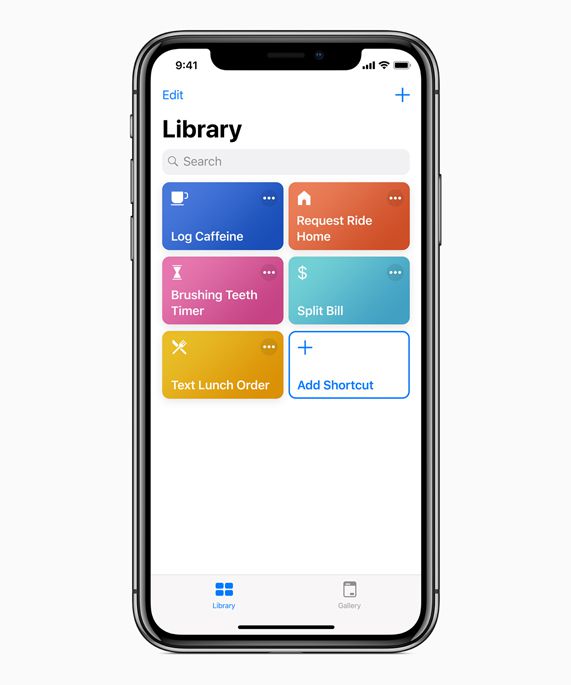 Since both the Google Assistant and Alexa allow users set a range of multi-step actions depending on their (users’) routines, it is glaring that Apple is competing more intensely with both tools to catch-up with them.

Furthermore, Siri will assist you in searching for passwords. But at the moment, no information is available about how this feature will work. As Apple strives harder to enhance the capabilities of Siri in iOS 12 so that it can be as intelligent as its niftier rivals in the industry, the extent at which these improvements to Siri put it firmer in the race, remains a mystery.

In today’s world, privacy and security remains an issue of serious concern. Apple also works assiduously to allay the fears of users, who worry that others could use their data without their permission. As one of the features of Safari browser, the company has pledged to safeguard your location data from being tracked without your consent when you tap social media buttons such as Like or Share, or a comment widget on a social network.

Another offering through which Apple seeks to beef up privacy and security in the upcoming iOS update is password reuse auditing. With this option, passwords you have made use of with other accounts are flagged. This is done to help you replace them instantly with a generated password. Also, you’ll have the ability of sharing passwords between your Apple devices running on iOS 12. 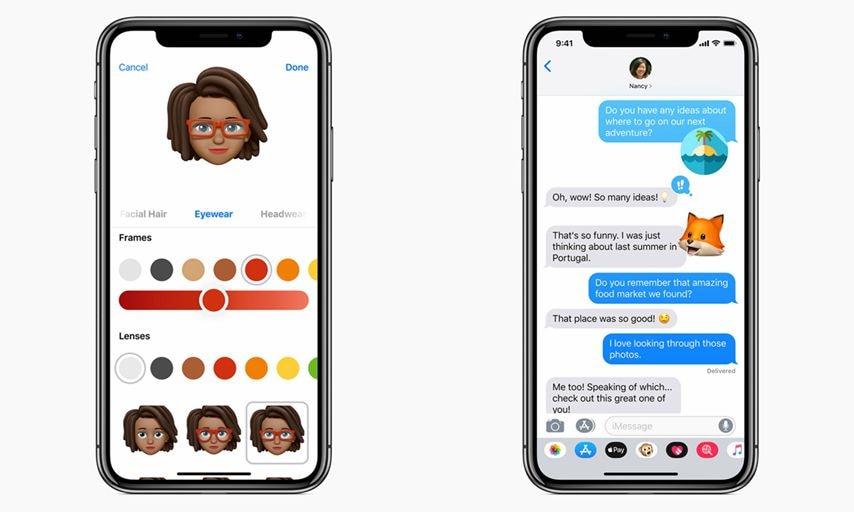 In 2017, Apple introduced Animojis, also called animated emojis, for its Messages application; this feature was previously designed solely for iPhone X users. However, as part of the soon-to-be-released iOS 12, you will be able to make your personal avatars, known as Memojis. They are designed to appear like your own mug and can be customized by adding eyeglasses or freckles, which can introduce changes to your hairstyle and other physical traits. 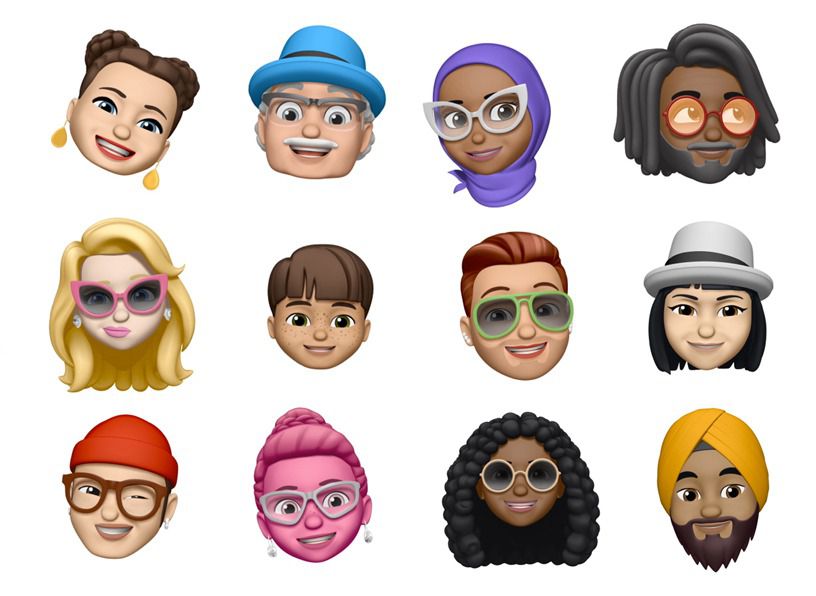 Apart from novel Animoji and tongue detection, you can also create longer Animoji. On the iOS 12 update, the current time limit of Animoji, 10 seconds, will be increased to 30 seconds.

While making use of CarPlay in your vehicle, up to this moment, you’ve had to employ Apple Maps to determine directions. iOS 12 will let you use CarPlay with third-party programs for mapping. Such apps could be Google Maps, Waze or other navigational apps that suit your needs. 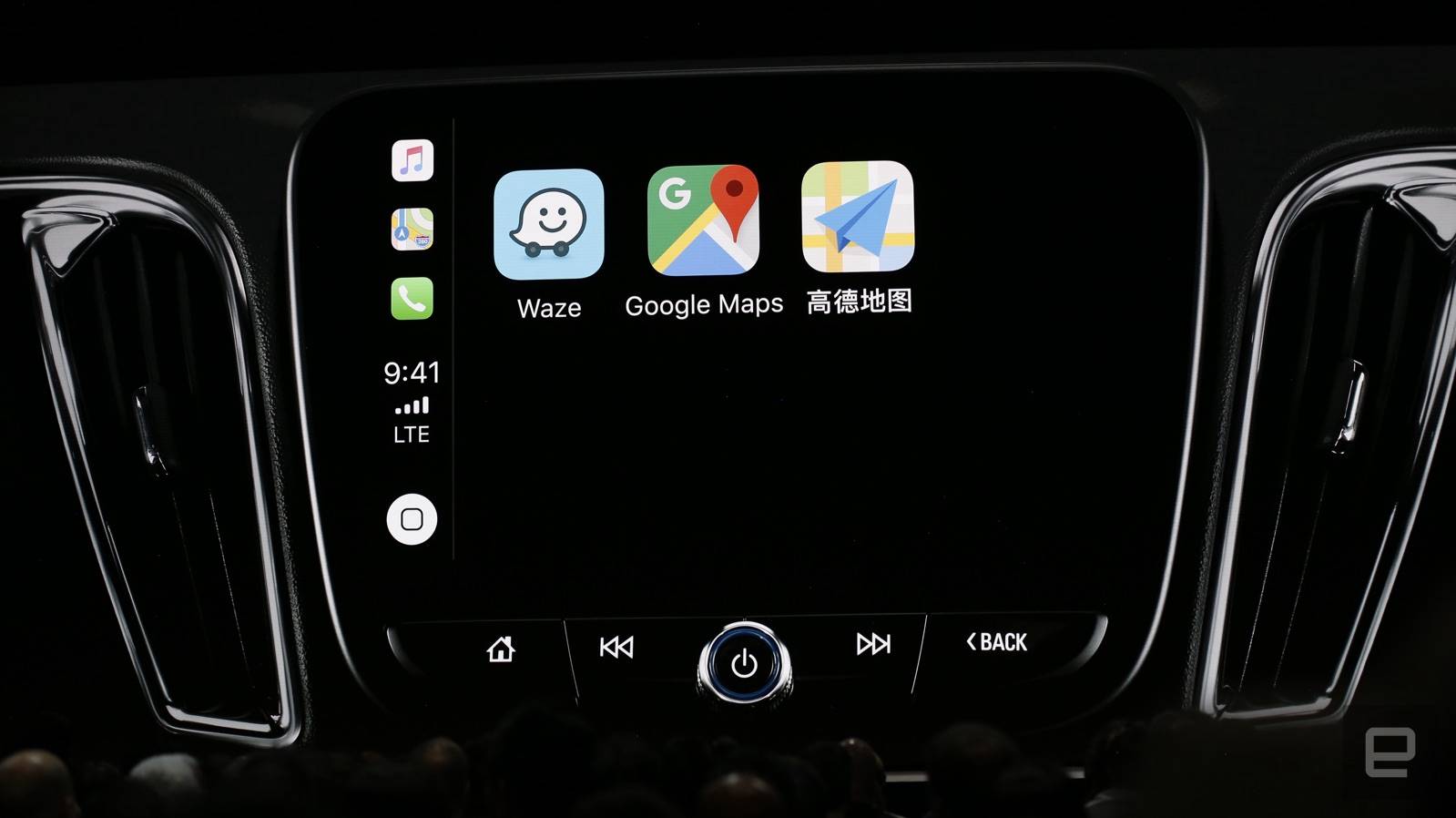 This is not actually a new feature on iOS platform. Raw, as a matter of fact, was part of iOS 10. With iOS 12, however, you will have the ability of importing raw pictures from devices such as a computer and camera.

Modification to the way navigation works on the iPad started with iOS 11. Like the iPhone X, the iPad navigation is controlled mainly with the aid of gestures. When you swipe up from the bottom section of the screen, the App Dock is displayed and when you further swipe up, the Control Center, as well as the App Switcher, show up.

iOS 12 will provide more granular battery info. When you tap Settings, you will be able to view usage of your battery for individual apps launched within the last 1 day (24 hours) or 10 days (rather than 7 days). When you tap one of the bars, your app usage will be displayed for that period of time.

In iOS 12, your camera will now be able to highlight QR codes so you can know it has really detected them. In the previous versions of the operating system, only a banner notification shows up when you point the inbuilt iOS camera at a QR code. In the improved QR Code Reader in iOS 12, this option will resemble the built-in document scanner a lot.

Effects is among the series of updates that will be introduced to the camera, Apple says. However, it did not specify if Portrait mode will receive some upgrades as well. Additionally, Apple will release a Portrait Segmentation API, allowing third-party developers employ the separation data in their personal applications.

Anxious to see how the trending iOS 12 looks like? You can download and install the developer beta version now; we will show you how to do this below. Alternatively, you can wait for a public beta that might be made available online by the end of this month, or enjoy the final version on new iPhones that will be launched later this year.

Apple lets application developers try out beta (unfinished) versions of the iOS 12 software for some months before it unveils the final program for public use. The developer beta version can be got online now, and since it is early software, you have to be a developer that is registered with Apple. Annual membership for this registration goes for $99. Often, the iOS 12 public beta, 100% free and less problematic, is released after the developer beta 3 version. It’s safer to wait for the public beta. As the two versions of the iOS 12 beta will be an unfinished program, it’s recommended that you proceed with cautiously before making the decision to get iOS 12 beta on your major iPhone or iPad.

Once you familiarize yourself with the risks of installing this beta version, you can partake in the developer beta program by enrolling with Apple as a developer. As earlier stated, this costs $99 per year. Here are the steps you need to take:

Step 2: Log into the iOS Dev Center with the aid of the ID you made use of in step 1 above.

Step 3: Register the UDID of your Apple device. Get your UDID easily by plugging the iPhone/iPad into iTunes and clicking on the icon for the device displayed in the top right-hand section. You should then view the Summary tab and tap the Serial Number entry so it can change to your UDID.

Step 4: You can now download the suitable version of the iOS 12 beta for your device hardware. Choose the specific model of your iPhone, iPad or iPod touch from the list.

Step 5: You should unzip the file downloading to your Mac (a .IPSW file). If your device is not connected to iTunes already, do that now.

Step 6: Hold Alt (on a PC running on Mac OS, it's Shift). Then, click on the Restore iPhone option seen on the Summary tab of your device (this is next to Check for Update) and choose the .IPSW file downloaded in step 4 from the previous step. The iOS 12 beta will now be installed on your iPhone/iPad within a couple of minutes.

To get access to the public betas, you nedd to enroll as a member of the Apple Beta Software Program. You can participate in the program by signing up here.

Can Your iOS Device Run iOS 12?

If your iOS devices ran iOS 11 well, then iOS 12 works for you too! Devices are: 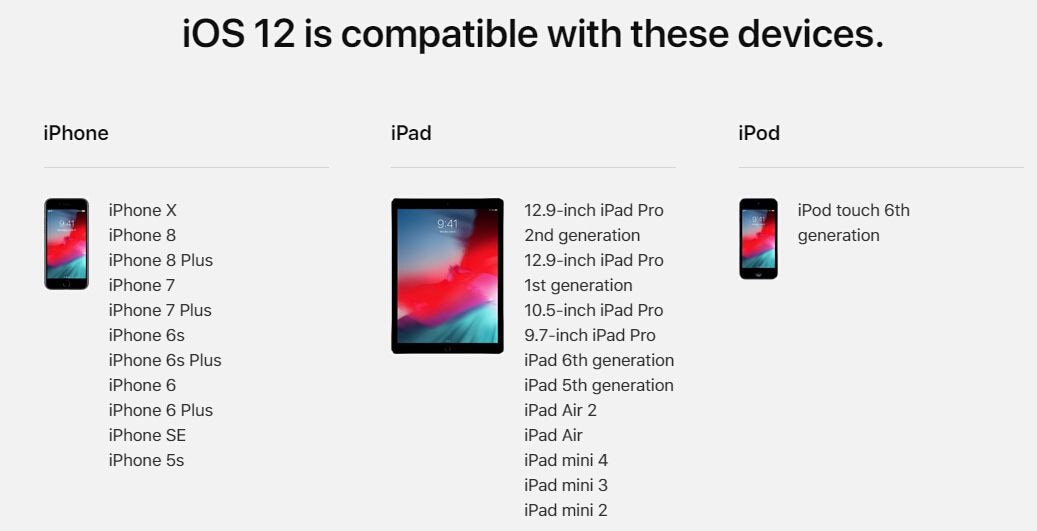 iOS 12 update, which was one the major announcements made by Apple in its keynote on Monday in the ongoing WWDC 2018, will feature an array of exciting features such as critical alerts, screen time, group FaceTime, third-party CarPlay applications, a more intelligent Siri, among many others. The potential release date of the upgrade is September, later this year. Apple promises to revolutionize the experience of its teeming users of iPhone, iPad, and iPod touch worldwide with the improved capabilities of this upcoming iOS update.