What Is Apple's M1 Chip for Mac?

For several years, there have been rumors about Apple’s custom silicon and so many Mac users have been eager. Finally, you can now access the actual information about what is the Apple M1 chip. You may desire to know what is M1 chip if you are currently using a very old MacBook Pro, MacBook Air, or MacBook, and would like to acquire a new computer that will definitely be M1 based. Similarly, if you are a desktop user that possesses an old Mac mini, you will benefit from this article as it informs you of what to expect from the new M1 Mac mini.

What Is the M1 Chip?

What is the M1 chip that Apple announced in June 2020? It is the first custom silicon system on a chip that Apple produced for its Mac computers. Initially, these computers have been using Intel chips, which utilize x86_64 architecture, which is also applicable to Windows computers. M1 comes with ARM architecture instead, which is applicable in Apple’s iPads and iPhones as well and thus consumes less power due to its simplified structure. 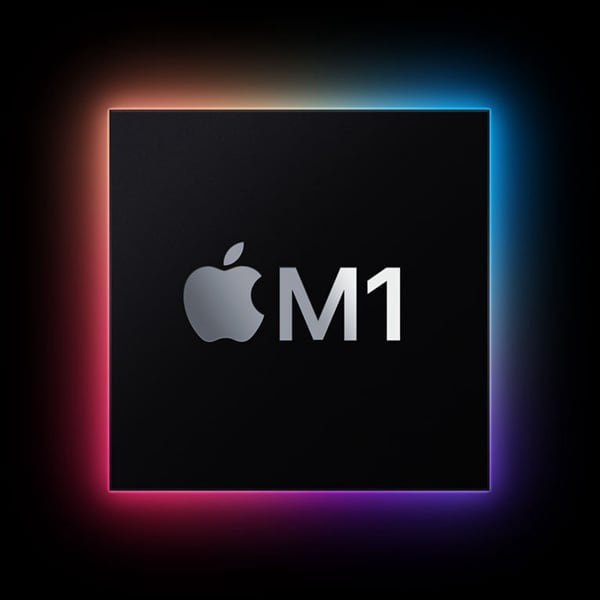 This is the first time for Apple to create its own Mac designed custom chips. Therefore, it is a great and significant achievement for the company, especially since its Mac line-up is already well appreciated worldwide. It is also significant growth since previously Apple has only designed chips for its mobiles, iPads and iPhone, and Apple Watch. Having leaned on Intel for more than 10 years, it was time to move forward.

If you are still wondering what is M1 chip, you can rest on the assurance that it will offer tangible advantages. If you are not interested much in technical matters, you should not worry excessively about what is the M1 chip since you may not notice a huge difference when you shift from the Intel machine.

What are the Benefits and the Drawbacks of the M1 Chip?

Since the M1 is a custom design, Apple has been able to modify it to function exactly as the company wants. The benefit of this is that many separate Mac components, like the GPU and T2 security chip, have been integrated into the M1’s design.

This miniaturization process results in greater efficiency or much lower power consumption. Therefore, the most significant benefit is likely to be power consumption. The new M1 chips consume around half as much power as the previous Intel chips, which means double the battery life. The 13-inch MacBook Pro with M1 is known to handle a staggering 20 hours of video playback on a single charge. 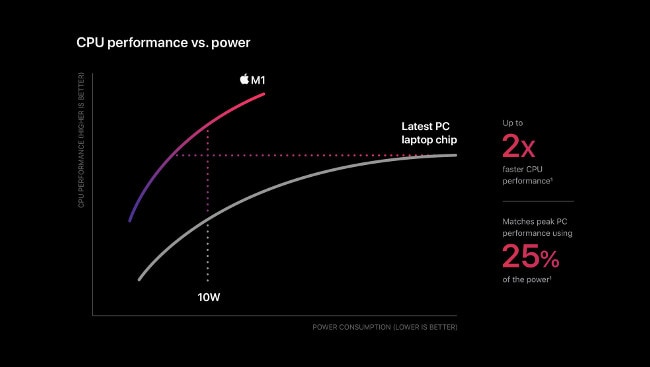 The GPU is an eight-core integrated graphics chip with a raw power output of around 2.6 teraflops. It is better than a two-year-old midrange graphics card, like the NVIDIA GTX 1050 Ti. Based on this aspect, the M1 is the fastest integrated graphics in a personal computer in the world.

Apple has also incorporated the Neural Engine into the M1 to provide big gains in machine-learning operations. Therefore, applications taking advantage of this technology will work faster.

The M1 comes with a few other benefits, such as an improved image signal processor for better video-call quality. This is due to Apple’s Secure Enclave that provides a secure base for the operating system.

Apple’s wider ecosystem will also be affected by the change. Since the Mac now uses the same ARM architecture as the iPhone and iPad, porting apps between platforms is much easier. In fact, iOS apps will be available on Mac soon.

What is the Apple M1 chip without challenges? The M1’s different architecture may make some Macs incompatible with existing macOS software. Fortunately, Apple has a solution known as Rosetta 2, which effectively converts Intel-based apps to ARM at installation.

Apple developers compiling apps with Xcode will also be able to compile the following two versions of the software:

Mac software may not be the only ones that could suffer from the change, though. The shift from Intel means dual-booting your Mac with Windows is no longer possible, especially if you’re using an x86_64 version. Microsoft has been working hard on Windows for ARM, but emulating x86_64 software is quite difficult.

This Intel to M1 chip shift will naturally affect those who use Linux, as well. Many major Linux distributions, including Ubuntu, Arch, and Fedora have ARM versions already. However, it’s unclear whether Apple will allow it users to boot other operating systems on its ARM Macs.

Other two hardware-related drawbacks to switching to an M1 chip include the inability to use an external GPU enclosure over Thunderbolt, and the limitation of the current M1-equipped models to 16 GB of RAM.

What Macs Supports to Use the M1 Chip?

What is M1 chip supported Macs? Apple has declared the following three machines will use the M1:

Apple’s most popular MacBook, the MacBook Air is quite a cost-effective option. It retains the upgrades Apple rolled out previously, including a high-DPI Retina display, Magic Keyboard, and Touch ID. Now, the M1 also improves on its predecessor with eight CPU core, from four, and 18-hour battery life, from 12.

The 13-inch MacBook Pro also comes with not only the M1 but also Apple’s revised Magic Keyboard. The best part about the M1 MacBook Pro is the 20 hours of battery life, which is double what was possible on the Intel-based Mac

The Mac mini has not seen an update since 2018. However, it has now gained two additional cores, through the M1 chip, which means abandoning the Intel UHD integrated graphics chip.

The pattern emerging with the rollout of Apple Silicon is highly noticeable. These supported models are relatively low-end models, designed either with portability or light desktop computing in mind. If you want something more powerful, like a decked-out 15-inch MacBook Pro or Mac Pro, you’re stuck with Intel for the time being.

Best PDF Editor for the Macs to Use the M1 Chip

After learning what is the Apple M1 chip, you may want to use the best all-in-one PDF editor, PDFelement for Mac. This is among the most reliable software that functions tremendously in M1 based Macs. Such may include the new Mac Mini, new MacBook Pro, and new MacBook Air. It is the ultimate tool to handle PDF files since it comes with multiple capabilities for PDF management. You should expect to have better performance from PDFelement for Mac since the M1 chip is designed to make your M1-based Mac faster.

With PDFelement for Mac in your macOS 11 running on an M1 chip, you can do quite a lot. It creates PDFs in multiple ways, including from other file formats. It also enables viewing and navigation of PDF documents. If you wish to make changes to improve your PDF, PDFelement for Mac edits by adding text, inserting bates and pages numbers, and various pages elements. It also removes these aspects while moving to rotate and resizing graphical elements.

Therefore, PDFelement for Mac benefits you by creating desirable PDF files that you can present in school and at work. Additionally, modification helps you in making unique and attractive documents that will grab readers’ attention.