Since 2006, the Mac computer has been using Intel processors. However, matters have evolved and now the Mac will be using Apple’s M1 chip, which is the company’s own processor. The Apple M1 chip appears to be similar to the iPad and iPhone, whereby Apple incorporates the A-series processors. According to Apple, this is its first processor designed for Mac computers and it features a powerful Neural Engine, eight-core design, and GPU that enhance performance and efficiency. With this Apple Silicon, your Mac can work perfectly with iPad and iPhone software. This article has more interesting information on Apple’s M1 chip.

When Apple announced the new M1 processor during a special event from Apple Park, it claimed that it is the first-ever Mac designed chip. It’s built using a 5-nanometer with 16 billion transistors, and its developers claim that it was created for Mac computers in which small size and power efficiency are critically important.

As a result, the M1 features industry-leading performance per watt. This is why the first Apple Silicon MacBook Air and MacBook Pro models are able to offer such notable improvements in battery life compared to their Intel predecessors. 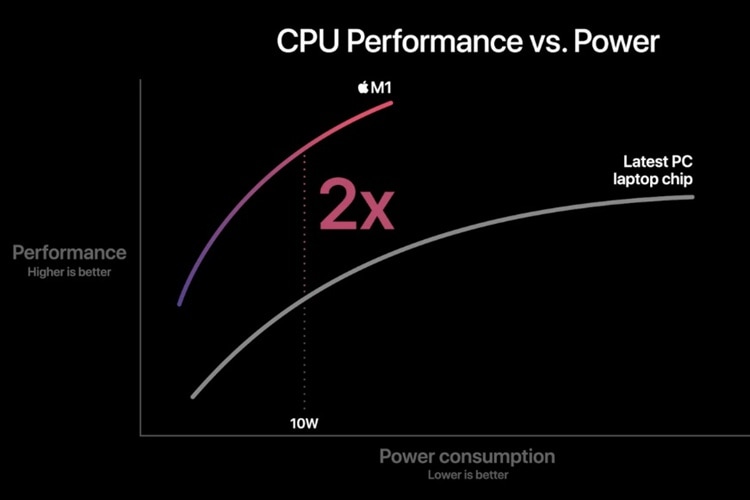 Apple’s MacBook Air with M1 chip also features up to an 8-core GPU, which can execute 25,000 threads concurrently. Apple says that this means the Apple M1 can handle tremendously demanding tasks without challenges. According to Apple’s data, the Apple M1 chip has the “world’s fastest integrated graphics in a personal computer” with 2.6 teraflops of throughput. The new MacBook Pro and Mac mini are also both available exclusively with the 8-core GPU. The new MacBook Air can be specced to include a 7-core version or an 8-core version of the GPU. 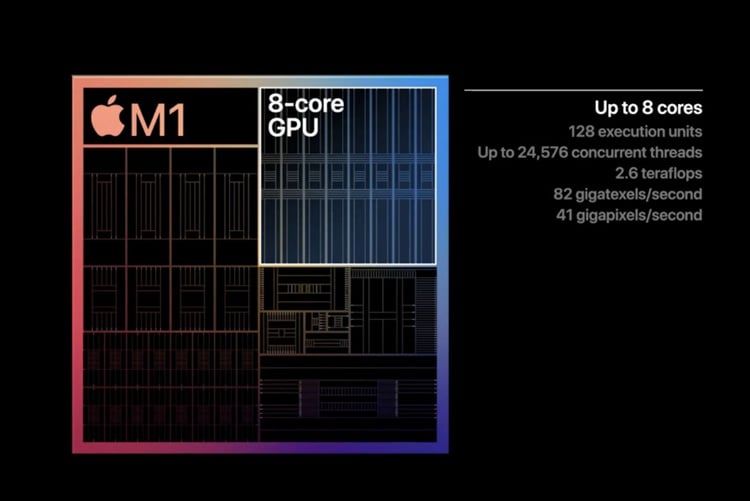 Apple’s new M1 chip also incorporates Apple’s industry-leading Neural Engine to the Mac for the first time. The M1 Neural Engine features a 16-core design that can perform 11 trillion operations per second. Apple has used the Neural Engine in the iPhone and iPad since the A11 processor was introduced in 2017.

What kind of improvements can you expect with the Neural Engine in Apple’s M1 chip? Consider the Neural Engine as something designed specifically for machine learning tasks. This includes things like video analysis, voice recognition, artificial intelligence, and much more.

Many modern applications increasingly rely on machine learning for everyday tasks, so the Neural Engine in the M1 chip will play a very significant role. It works in conjunction with the CPU and GPU to power your Apple Silicon Mac.

Under the Intel-based chip, Mac used several chips for GPU/CPU, I/O, Thunderbolt control, and RAM, along with the T2 security chip, among other functions. The new Apple M1 chip includes a new unified memory architecture that combines all these chips into a single system-on-chip. It is designed to bring together high-bandwidth, low-latency memory into a single pool within a custom package. This allows all of the technologies in the SoC to access the same data without copying it between multiple pools of memory, further improving performance and efficiency. However, this means that you can no longer use expandable memory and upgrade options.

And for SSD storage, Apple has included a new high-performance storage controller with AES encryption hardware for improved security and faster performance. In fact, it says that Apple’s MacBook Air with M1 chip offers up to 2x faster SSD performance.

Apple also says that the Apple M1 chip packs the latest image signal processor for higher quality video with better noise reduction, as well as improved white balance and greater dynamic range. This is how Apple is claiming the new MacBook Air and MacBook Pro have better webcam quality, despite retaining the same 720p camera.

From the above information, it is evident that Apple’s new M1 chip will not be available on its own, but rather with the product it powers. The price of the devices will vary as well, with the cheapest being the New Mac Mini that will go for $699. MacBook Air will cost $999, while Pro will cost $1299.

Best PDF Editor for the Macs to Use the M1 Chip

After you understand Apple’s new M1 chip, you should consider using the most recommended all-around PDF editor known as PDFelement for Mac. This application works perfectly in any Mac, such as Mac Mini, MacBook Air, and MacBook Pro, using the M1 chip. It is an intuitive tool that gives you professional-level results as soon as you familiarize yourself with the workspace, a process that is easy since it is user-friendly. It provides great service at an affordable price and suits beginners without technical knowledge. And its iOS version works in the Mac that supports using the M1 chip well. 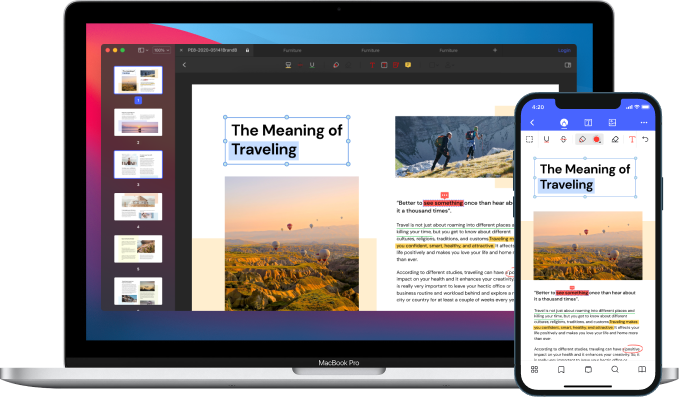 PDFelement for Mac can handle multiple tasks for your macOS 11 Mac running on Apple M1 chip such as rearranging PDF files, through replacement, insertion and extraction of PDF documents. Additionally, it can convert PDF documents into other file types such as Excel, Word, PowerPoint, HTML, images, and text files among others. If you are working with legal documents, it can create your digital signature and insert it where needed.

Clearly, PDFelement for Mac is advantageous because it helps you in maintaining a good flow of information. It allows you to use the same information in other types of files, especially where statistics, programming, or presentations are involved. The easy digital signing aspect helps in approving the validity of your document.