Apple is set to release the new iOS 13. The planned release date may be announced during its annual Worldwide Developer Conference (WWDC) scheduled for 3rd June. Let us look at a detailed comparison of iOS 13 vs iOS 12. The iOS 13 vs iOS 12 comparison review will give you a good understanding of their differences. This will enable you to decide whether to upgrade to iOS 13 or not.

The Difference Between iOS 12 and iOS 13 Update

New software like the new iOS 13 always comes with enhanced speed and performance. We expect the iOS 13 to be much faster than the iOS 12. We also expect it to eliminate bugs that its predecessor iOS 12. This is expected to increase device speed and improved user experience. 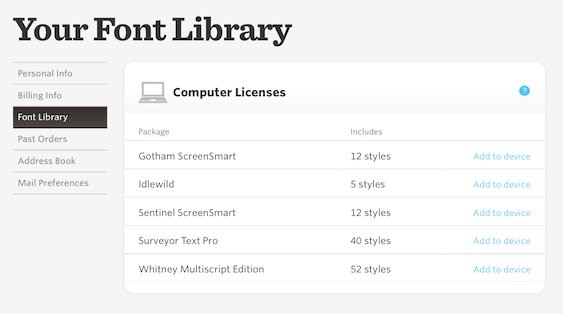 This is among the major improvement that we are going to encounter with iOS 13. Previously in iOS 12, the live photo duration was only three seconds. The new iOS 13 is going to double this to six seconds. The comparison of iOS 13 vs iOS 12, therefore, shows that the latest update will be more efficient in photo length. 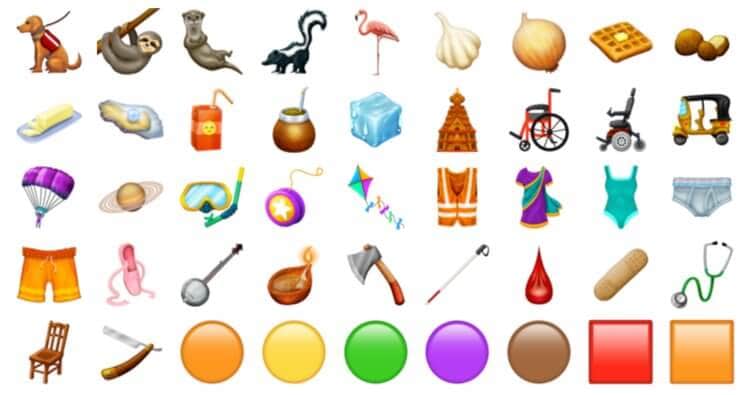 Apple was supposed to implement this feature with the previous iOS versions, this didn’t happen. If this feature is added then the iPad Pro’s USB port will allow users to plug in a USB mouse as a separate input and accessibility feature.

The dark mode will be introduced for the first time in iOS 13 for iPhone 11/XR/XS/8/7/6. This feature was not available in the previous os versions including the iOS 12. This will give a better viewing during nighttime. The user will be able to properly view apps even in the dark. The feature was previously introduced in the MacOS Mojave and will now be extended to iOS 13. 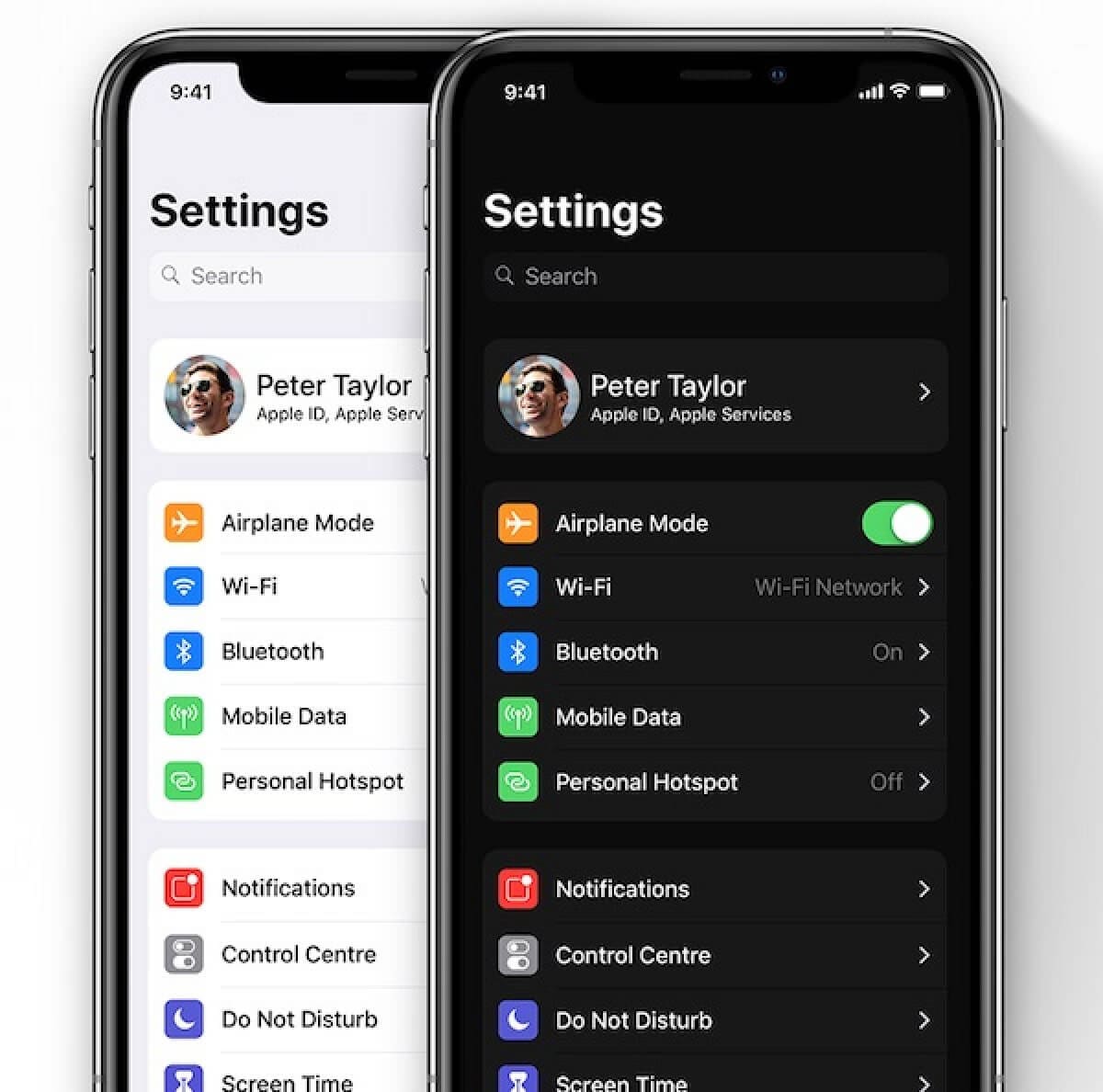 The new iOS 13 is set to give iPad users a new standard on gestures. The new gesture feature will allow users to select several items. It is also expected to add collection and table views as well as allow them to be dragged by multiple fingers. This feature is not in iOS 12 and former versions.

The majority of iOS 13 is specifically targeting the iPad. One of the awaited iPad features is that of displaying several windows in one iPad app with the help of tab view. This improved multitasking feature that is brought about by iOS 13 will see iPad applications being able to support many windows together with stackable cards. 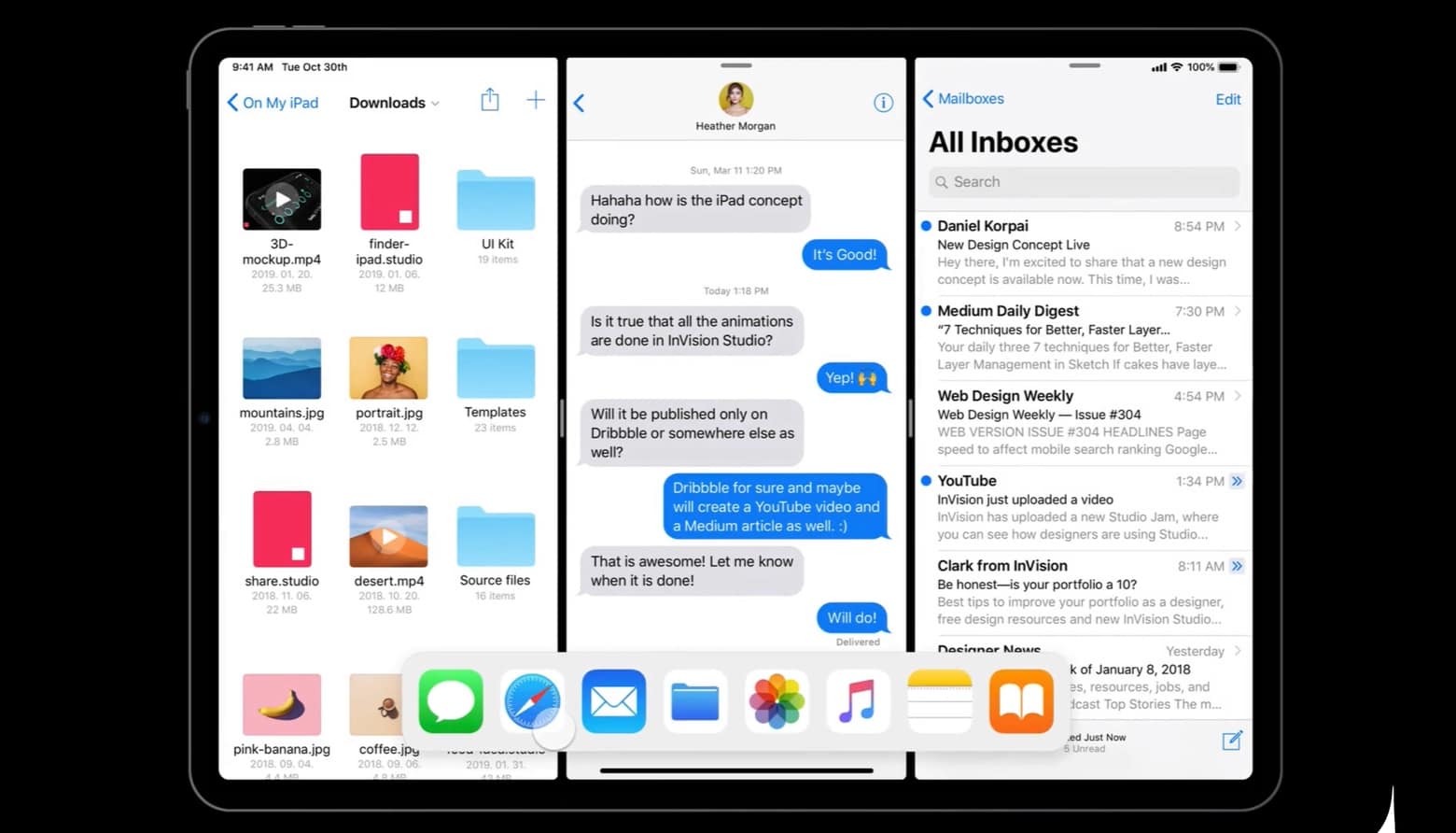 All the previous iOS including the iOS 12 version's home screen have always been similar. This will be a thing of the past as Apple is set to redesign its home screen and introduce it with the new iOS 13. We will have to wait and see the new design once it is launched. 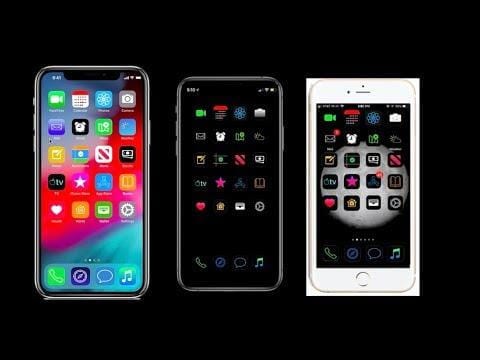 Apple is rumored to add a new volume hub in iOS 13 that is expected to be less obstructive than the one in iOS 12. Several users have rendered their complaints regarding the outdated big volume control icon. According to rumors in the developers' circles, the new volume is going to be a vertical slider. 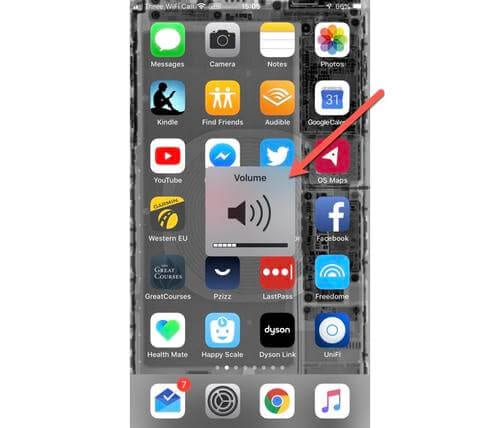 iOS 13 will come with WhatsApp-like upgrades to iMessage at least according to the rumors circulating. The Apple iMessage will be able to allow users to set profile pictures, display names, and also choose who will view such information. This will be a big improvement that is not available in iOS 12 and lower versions. 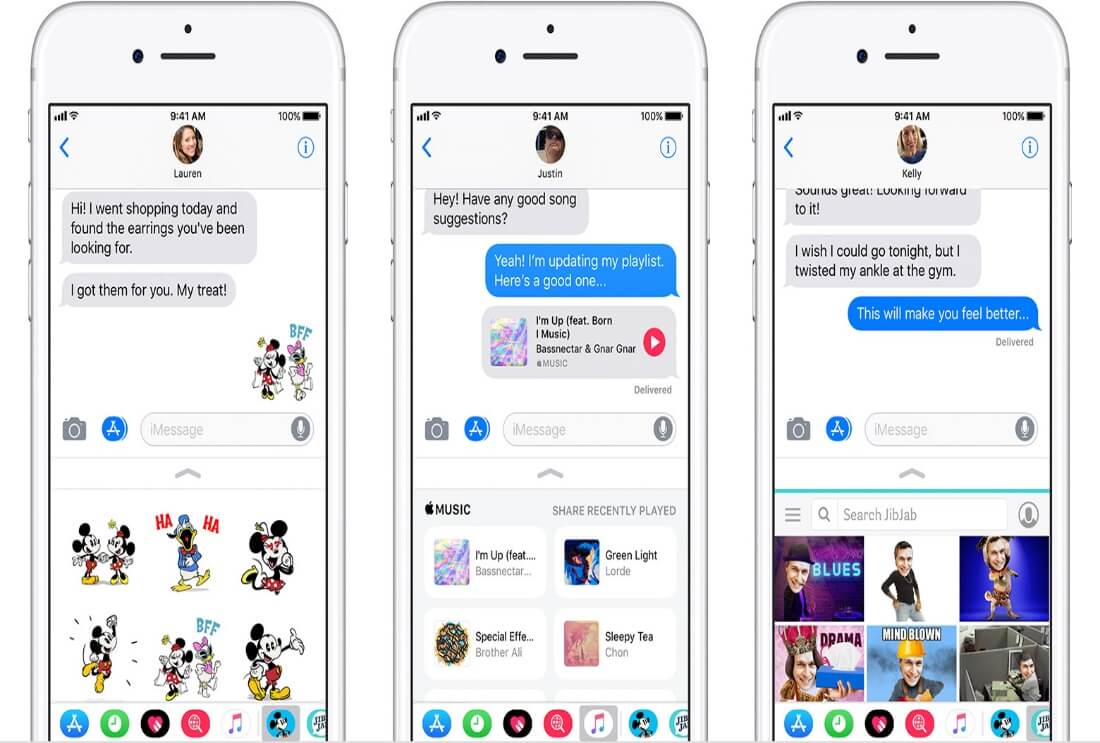 The new iOS 13 version is expected to bring with it a new version of the health app that will have a new homepage that will outline daily activities. The app will also be enhanced with a more accurate menstrual cycle tracking feature. A new section called “Hearing Health” is also set to be added. This feature will be able to measure how loud the music is playing through the headphones as well as the volume of devices around you. 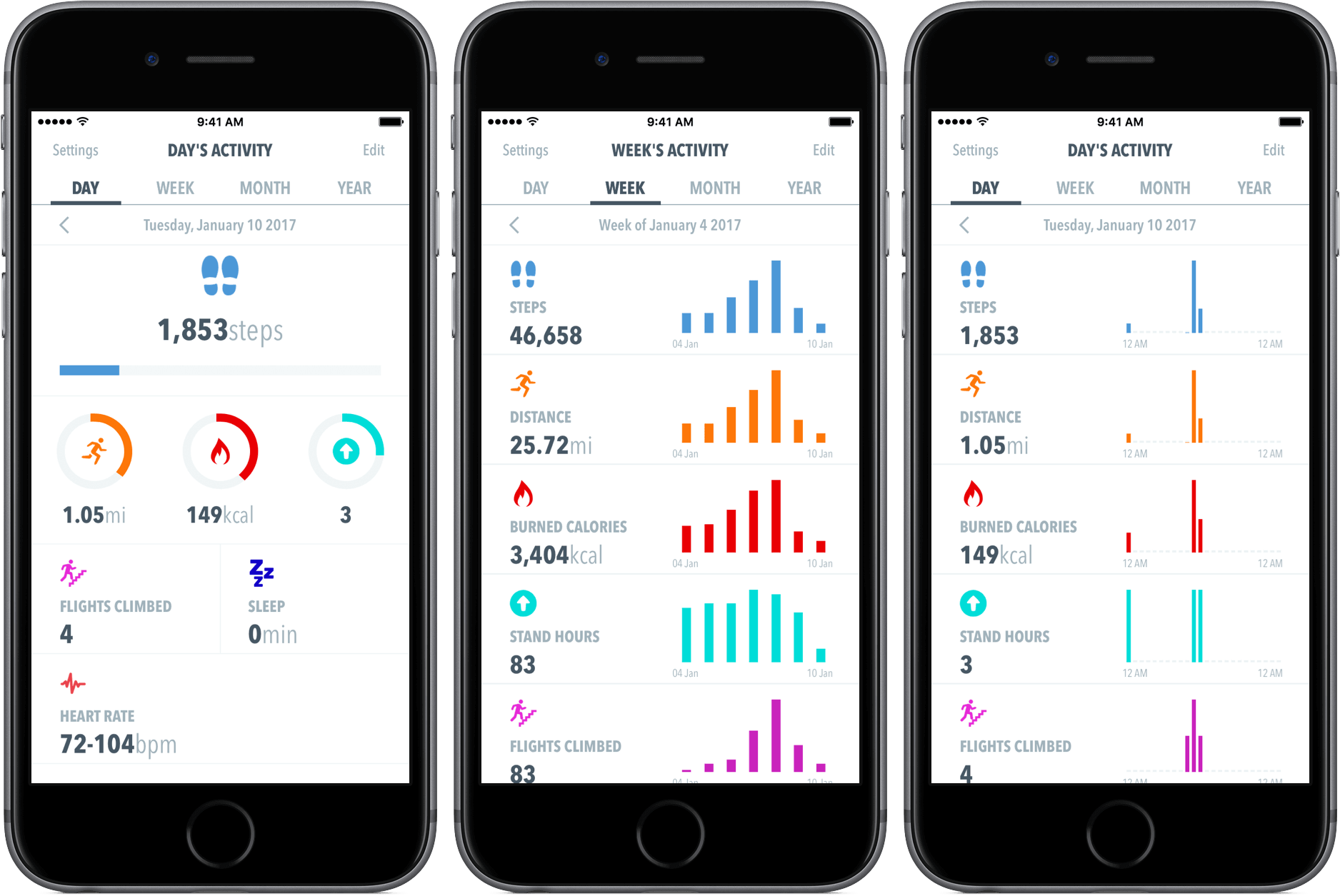 New iOS 13 is going to help parents limit the screen time that their kids can access at specific times. The previous iOS 12 version only contained a parental control feature. However, this new feature is even better and more practical. 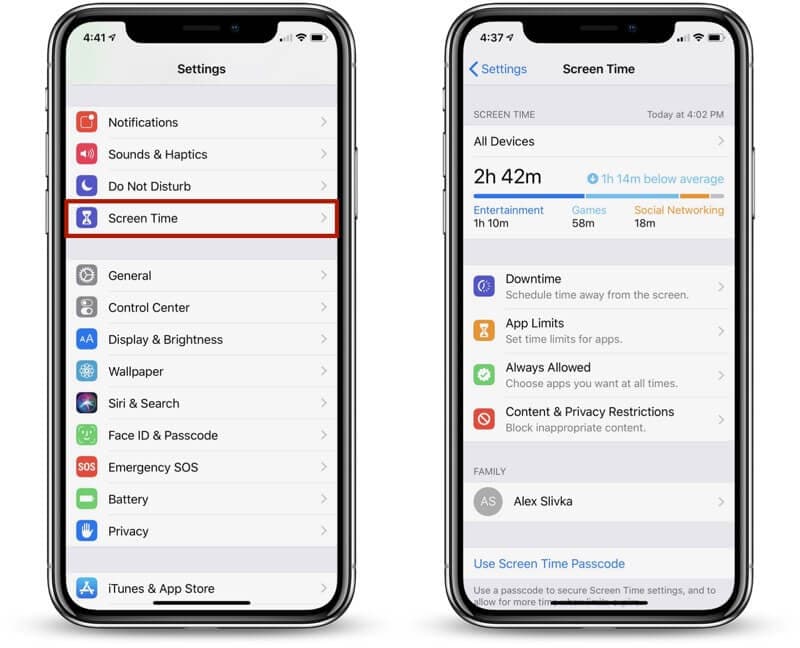 If we do an iOS 13 comparison against other iOS in terms of maps, then iOS 13 maps will be way better. The upgraded maps that will accompany iOS 13 will contain features that will simplify navigation to frequent places. The constant locations will also be merged together efficiently. 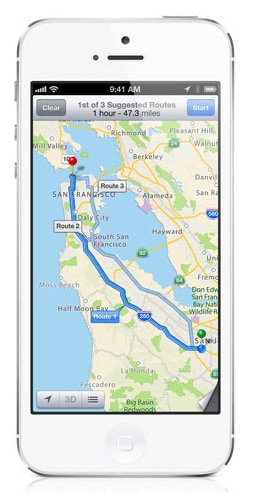 Should We Update into iOS 13

From the above iOS 12 vs iOS 13 comparison, it is obvious that the new iOS 13 is more superior. Amazing upgrades such as the dark mode, increased live photo time, and changes to the health and activity apps make iOS 13 irresistible.

If you want to upgrade to the new version just follow the simple steps below. 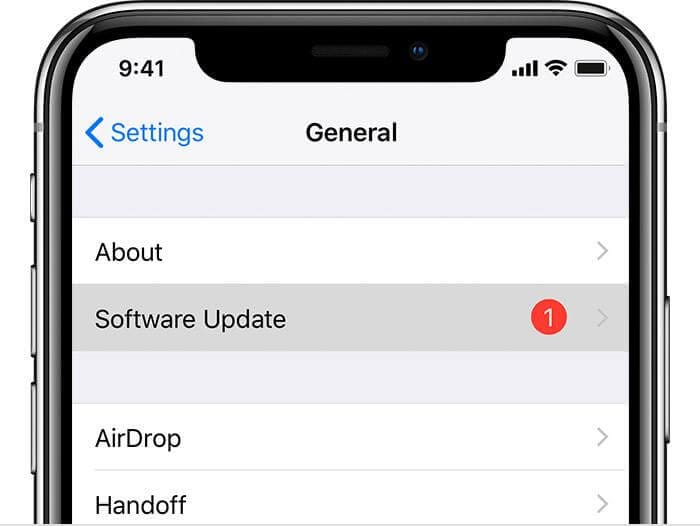 If you have already updated your device to the latest iOS 14 and wondering what mobile PDFelement to use then your search is over. PDFelement for iOS from Wondershare is the best mobile pdf editor you will come across. It comes with an array of best features designed to suit both individuals and teams. The intelligent paragraph recognition and up-to-date text editor with the OCR feature make it the best pdf editor. Among its various benefits the following stand out;

The PDFelement OCR makes it easier to view scanned files. You can also search for documents in more than 20 different languages and select them using this feature.

PDFelement gives users full control when it comes to editing their files. For instance, you can be able to make changes on fonts, fix typos and spelling errors without altering the original document.

If you are working with a group and want to make changes to the files you share the PDFelement is the right software for you. With this feature, you can add comments to a file, highlight and add stamps to a file and let the other users know exactly how to proceed.

The software has a very powerful and automatic form recognition feature. You can design questionnaires and other desirable forms that will help enhance your productivity while eliminating tedious paperwork at the same time.

Besides the PDFelement for iOS Wondershare developed another excellent PDF editor known as PDFelement for Mac. The is the desktop version that comes with even more features. The tool works seamlessly with all other file formats including Excel, google docs and others. Creating interactive pdf forms has also been simplified by this software. Within minutes you can create forms send them to clients and receive back the filled forms. When creating official pdf documents, it is possible that they can require a signature. PDFelement has special features that allow you to sign the pdf files digitally then send them back.

Overview of PDFelement for Mac

The Epitome of File Security

PDFelement for mac has special encryption that makes pdf files to be password protect. This maintains document security and ensures that the file doesn’t end up in the wrong hands.

Use PDFelement for Mac to convert your PDF file to formats such as PowerPoint, word, excel and many others

Use PDFelement for mac to customize your documents by adding watermarks, inserting new pages and an array of many customization features

The software allows you to properly manage your files by combining two or more similar files and splitting larger files into minor fragments for easy perusal.

Which Can Help You Better - iOS or Desktop PDF Editor