Is the new update worth it?

You might have listened to Apple’s conference in June 2020 when they announced the new iOS 14 and read about the hype around it on the social media platforms and blog articles. But you’re still not convinced if the update is worth it. So, we discuss iOS 13 vs iOS 14 in this article to help you choose the wisest option.

Also, with the speed comparison we provide for iOS 14 vs iOS 13 will make sure you understand the buzz around the new update.

What Devices are Supported

Android smartphones are usually supported with software updates for around 18 months or a maximum of 2 years. After that, they are needed to purchase a new smartphone to use the latest Android software. This may become annoying, as you already spend a hefty amount on buying a flagship smartphone, and would like to receive regular updates for longer periods.

On the other hand, as Apple develops its own software and smartphones, it has always kept an advantage over its rivals by providing software support for extended periods. Apple keeps sending regular updates, and would only stop supporting a device if its processor is not powerful enough to handle the new iOS version. This means that the iPhones released by Apple well over 5 years ago are still supported and eligible for iOS 14.

According to Apple, all the smartphones that were supported for iOS 13 will get the option to upgrade their iPhone. This list includes iPhone 6s, iPhone 6s Plus, iPhone SE, iPhone 7, iPhone 7 Plus, iPhone 8, iPhone 8 Plus, iPhone X, iPhone XR, iPhone XS, iPhone XS Max, iPhone 11, iPhone 11 Pro, iPhone 11 Pro Max. Even your 7th generation iPod will receive iOS 14! As all the iOS 13 users can get iOS 14, a fair iOS 14 vs iOS 13 comparison becomes all the more important. 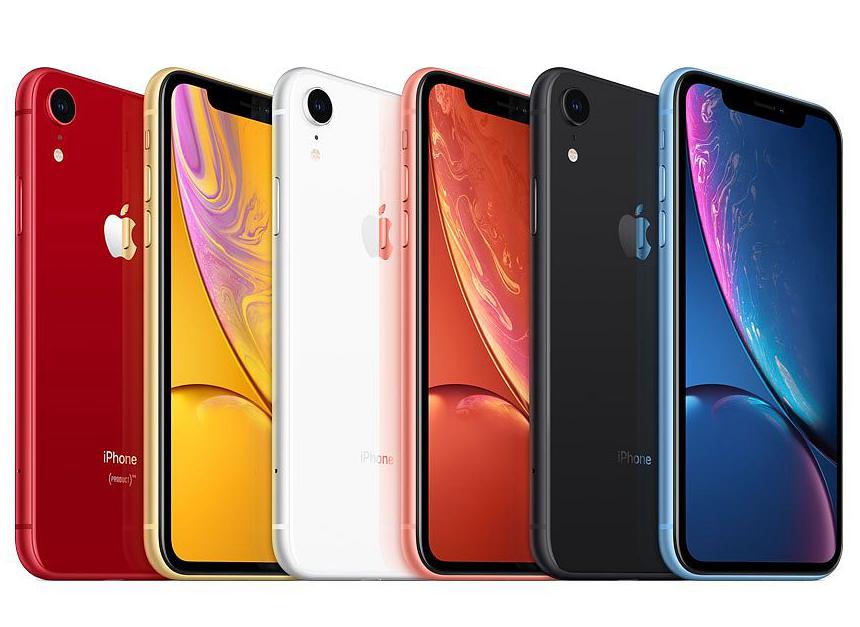 Can I Upgrade My Phone to iOS 14

1. iOS 14 vs iOS 13: Availability and Compatibility

The iPhone devices that received iOS 12 as the last update will not be receiving iOS 14. They probably would have already known this fact, as Apple had announced that iPhone 6 and the devices released before it will no longer be supported. So, Apple has discontinued iOS support for iPhone 6, iPhone 6 Plus, iPhone 5s, iPhone 5c, iPhone 5, and all the previous models. However, Apple still continually adds software improvements, which include bug fixes and security updates to the discontinued models.

It is pretty amazing to know that models as old as the iPhone 6s – which was released in September 2015 – would be getting the new iOS version. Imagine using a phone for 5 years and still getting the newest software on your model! Something to think about, Google!

Apple announced their new flagship iPhones and the iOS 14 update with it in June 2020. In the past years, these new flagship models and iOS releases in the middle of September. However, Apple stated that the lockdown imposed due to Covid-19 had disrupted their usual manufacturing process, meaning that the release may be delayed by a few weeks. Still, Bloomberg has reported that the iOS 14 update will be released as per the schedule, giving hopes to many users and keeping them excited over the new features. So, read on the guide on iOS 13 vs iOS 14 so you do not waste time changing ships!

Although iOS 14 has not yet been released for the wider audience, Apple has made the beta version and developer version available for people to test the software. We have used the beta version of iOS 14 to compare it against iOS 13.6 – the latest iOS 13 version.

iOS 14 vs iOS 13 performance, as expected, was a tough competition. In addition to the usability and speed of the iOS themselves, the processors, or as Apple calls them, Bionic Chips, play a large role in the speed and performance of the iOS versions. For example, the oldest iPhone model to feature iOS 14 is the iPhone 6s, and it has A9 as its chipset. In comparison, the latest processor from Apple is the A13 Bionic in iPhone 11 Pro, and the new iPhone 12 to be released in 2020 will feature an even more advanced core processor. So, the true speed of your iPhone, while dependent upon the software, will also be affected by the chipset carried by your device.

Apple has optimized the iOS 14 in mind of its Bionic chipsets, which were introduced from the iPhone 8 and have continued in the next flagships. Moreover, some features of iOS 14, such as extended face tracking in AR will only be available in models with A12 or better processors.

In conclusion, you should not expect major speed improvements if your iPhone is older than the iPhone 8 or iPhone X. However, unlike the rumors, upgrading your old iPhones will not lead to a speed decrease compared to iOS 13.

Apple is proud of the job it has done with Siri on iOS 14, and has boasted that it now contains twenty times the facts it did three years ago. Add in the software improvements through neural learning, and AI, and you get yourself a pretty great virtual assistant on iOS 14. Still, the Siri on iOS 14 vs iOS 13 needs to be discussed to offer a better understanding of the difference in the new Siri.

Firstly, if you needed to use Siri on iOS 13, you needed to open the Siri app and then interact with it. However, iOS 14 has changed the design for Siri, and instead of taking up the full screen, Siri appears as a round button in the middle of the bottom part of your iPhone’s screen.

But that’s not all! You can do much more through Siri now. Why painstakingly open apps and type in messages when you can simply ask Siri to send audio messages to your contacts. And, instead of searching for answers on the internet by surfing different websites, you can ask Siri to give you personalized answers. Simple, right?

Google Maps have always been clear favorites on iOS even when Apple Maps comes preinstalled in your iPhone. And why not? Google Maps has a simple interface, shows you the best route, and even offers recommendations. Apple had been lagging behind, but Maps in iOS 13 vs iOS 14 see a major revamp to the app, and put it back in equal footings to Google Maps.

Firstly, Maps sees the introduction of bicycling routes in iOS 14. The app takes in the bike lanes and terrain of your area and offers you customized routes to help you with your bicycling routine. Moreover, it will also let you know if the path has a slope, contains roads for vehicles, or if you would need to walk a certain distance in the route.

iOS 13 had integrated Yelp reviews with places on its Maps for better recommendations, but iOS 14 takes it a step even further. Apple has collaborated with various professionals to help bring a new feature Guides in Maps. This will prove beneficial for wanderlust spirits as it will provide you a personalized guide to view the most popular places in a city.

However, that’s not all Apple brings to the table with iOS 14. There are several added functionalities that bring iOS 14 on top in the iOS 13 vs iOS 14 battle. The most noticeable improvement comes with the customization of your Home Screen. You can now remove apps from your Home Screen without deleting it from the system. Moreover, widgets are no longer limited to the left-most page of your Home Screen. They can be placed anywhere you would like to put them, and their size can be adjusted to better suit your needs.

Still, the most exciting feature we found in iOS 14 was the personalization of CarPlay and the introduction of Car Keys. The Car Keys literally make your car’s physical key obsolete. In the Wallet of your iPhone, you can find your Car Key, and a simple tap of the iPhone with your car would unlock it! Further, the Car Key link can be shared with your friends to let them use your car with ease.

Even more, Apple has strengthened its stance on Privacy through iOS 14. App developers are required to show you the permissions their app needs. If an app keeps on using your camera or microphone even if you have exited the app, your iPhone will present a recording indicator on top of the screen.

Our Apple iOS 13 vs iOS 14 comparison has showed you the vast differences between the two system softwares, and we believe it would’ve helped you make a decision. However, one app remains our top choice for both iOS 14 and iOS 13: PDFelement for iOS.

Be it accessing your office files through your phone, editing the documents on the go, or simple e-book reading, PDFelement is the perfect answer to all your needs. It has a minimalistic design that helps in an easy reading, and with additional features like scrolling in a vertical or horizontal manner, it can fully be customized according to your needs.

Even more, you can edit your PDFs. And by editing, we mean adding text to the file as you would to a text document! Using the latest technologies, PDFelement can identify the font styles used in a document, modify the font size, font color, or even change the font style itself. You can add your freehand drawings directly to the PDF, and use textboxes and stamps to change the PDF file further.

PDFelement cares about making the user experience worthwhile. It can import your PDF documents from all the major cloud services – including OneDrive, Google Drive, and Dropbox – and after editing them, you can simply export them and share the file links through emails. You definitely would not need to look at other PDF editors again.