How to Fix If iOS 14 Apps Not Working

If you're among those who installed the newly launched Apple iOS 14 apps, being unaware of the occasional bugs and issues that may occur. Then, sticking to this page will give you a heads-up on how you can fix apps that'll not open on an iOS 14.

Upon the fresh launch of the shiny and tempting features in iOS 14 public beta, I was among those who were eager to get an early preview of these features that'll become available this fall. But, the occasional 'Bugs' have been a dilemma so far. Then I asked myself, 'How do I fix apps not working on iOS 14'?

At initial, I've got no idea about what may be the cause of apps not working after the iOS 14 update. I later found out that the major reason why apps won't work on iOS 14 is due to several continuous beta updates that may prevail throughout the preview period, causing some apps to break down when using them. However, there are still lots of reasons why apps won't work on iOS 14. Thus, check out the top four reasons why apps not working after iOS 14 updates below.

Yes! In cases where your device storage space is getting filled or coming up with a storage error message, ignoring this error may cause occasional crashing of apps when you try accessing them. Thus it's best to always keep up with your iOS device storage space and ensure to clearing all unnecessary data when needed, to help prevent apps from wrecking. 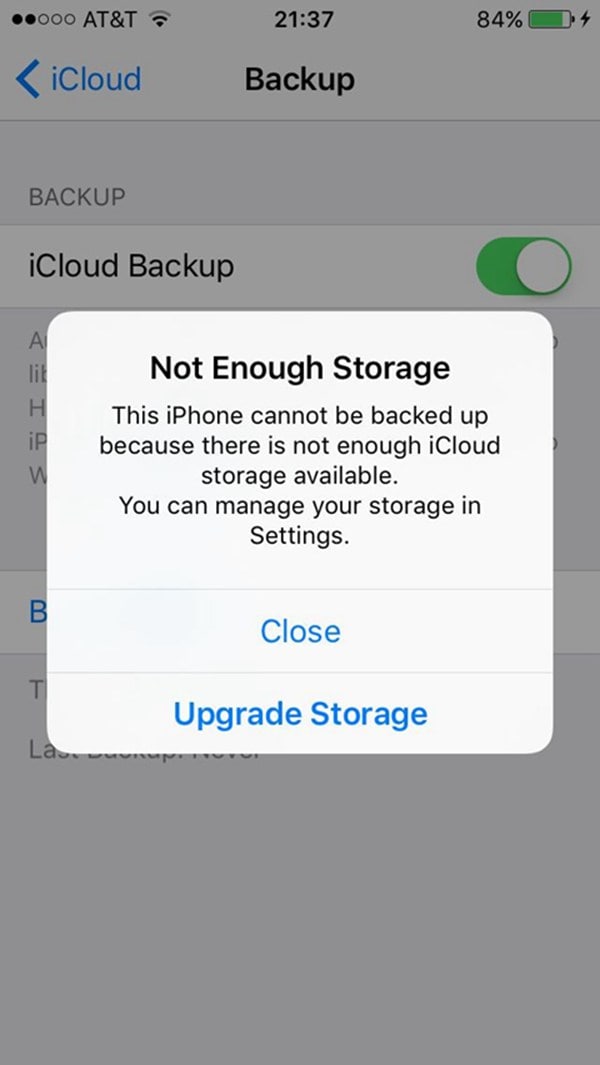 If you're yet to update apps on your iOS device to the latest version, there's a high probability to encounter closure on launching the apps. 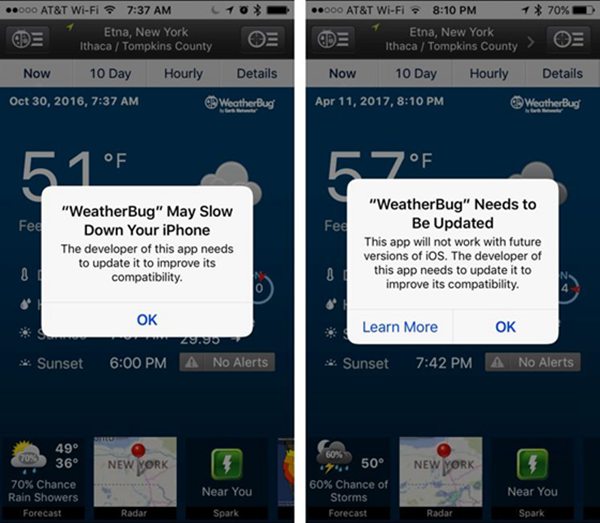 Overheating of the iOS Device

iOS devices are geared to overheat after a long period of usage, especially when connected to the Internet. This causes the phone's built-in memory to be at a high degree of heating and usually causes apps to not respond on click.

Launching too many applications without proper closure

Closing opened apps by double-tapping the home button or swiping on the screen is a very common mistake most iOS device users are yet to be aware of. Improper closure of launched apps would cause them to continue working in background mode, allowing them to impose a massive workload on the device. And this may prevent other apps from opening when you click on them.

Note: If there's any crucial app on your iOS device that'll always be needed, it's advisable not to install this update. 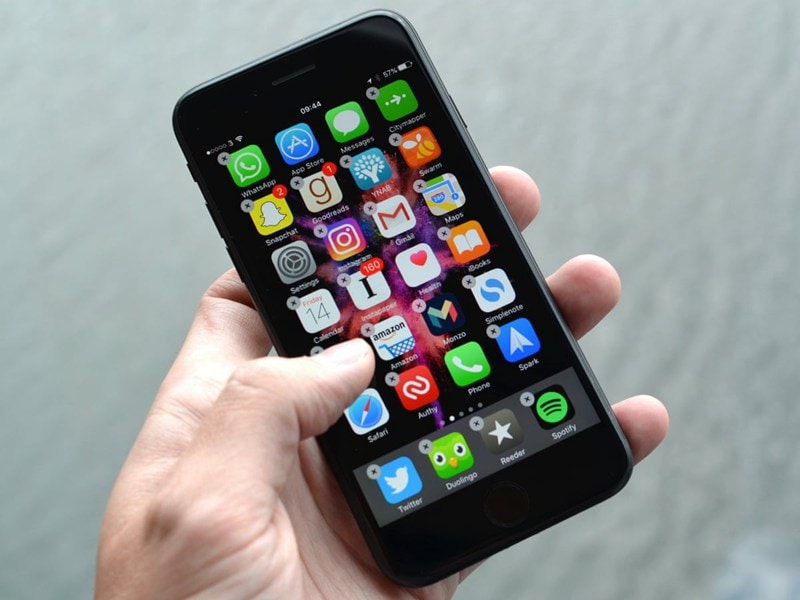 How to Fix iOS 14 Apps Not Working

Apple is now giving free access to let everyone take part in the iOS 14 beta testing adventure. This will enable them to test the operating system on different iOS devices as people try to use iOS 14 with Wifi networks, accessories, and pairing with headphones and vehicles.

However, let's take a look at situations where apps not working on an iOS device and how you can fix iOS 14 apps not responding.

How To Fix iOS 14 Apps Not Working

I know you've been asking yourself, 'How do I fix my iPhone apps not working on iOS 14'? Don't panic, just utilize the solutions outlined below to resolve the problem.

Rebooting your iOS device helps the phone to flush the memory and fragment all errors causing the apps to shut down on launching them. You can do so by holding firm the volume button and power button simultaneously to execute this operation. The image below explains the procedure better. 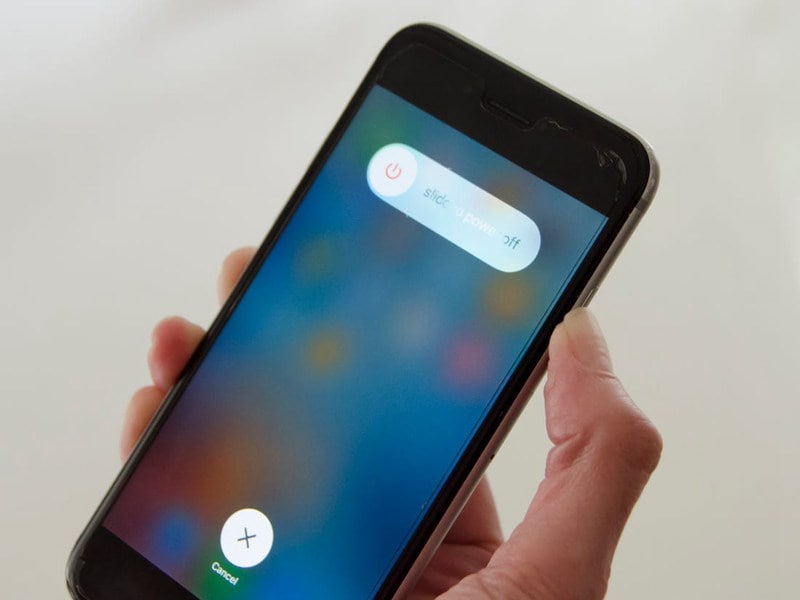 2. Close all Minimized Apps on the iOS Device

So many people always make the mistake of swiping up to close apps on their iOS devices. However, the minimized apps may work in background mode, which causes battery drainage and makes other apps close down when we click on them. Use the steps outlined below to close minimized apps.

Step 1: Swipe-up the iOS device screen if you're using iPhone X upwards and double-tap the home button for iPhone 6S- 8 plus.

Step 2: Close all minimized pages of apps by swiping them up.

3. Update the Apps to the Latest Version from the Apple Store

Step 2: Click on the avatar icon on the top right corner to prompt a new page titled 'Account'

Step 3: Perform a pull to refresh the page. On doing that, you'll see all available updates. Thus, you should proceed with updating the crashing apps. 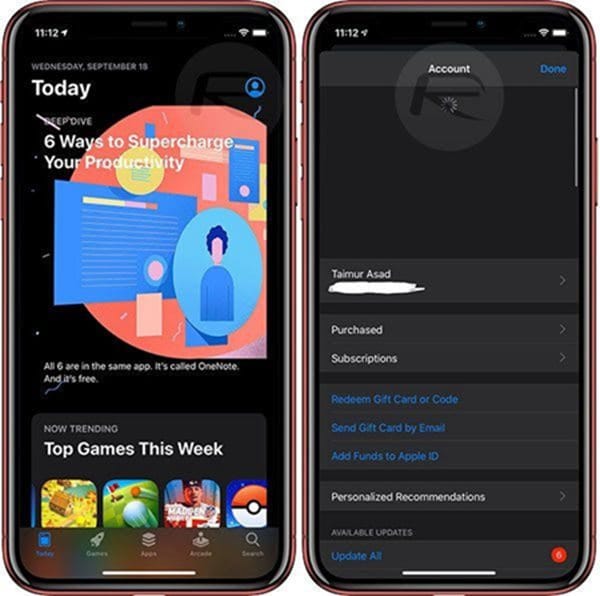 4. Install and Reinstall the App

If you find out your apps are not responding all you've got to do is employ the steps below to install and re-install them quickly. This makes the app look new on the device and will probably work well.

Step 1: Hold firm the icon of the crashing app you're willing to delete

Step 2: Tap on X in the top left corner of the app and a message will appear saying 'Deleting this app also delete all its data'

Step 3: Tap delete to remove all from your device

Step 4: Visit your Apple store and input the name of the deleted app into the search bar, click on it, and reinstall immediately.

Clearing iPhone storage manually is a very concise process. Use the steps and images below to clear phone storage.

Step: Launch Settings on your phone, scroll down to click on General, and select 'iPhone Storage'. 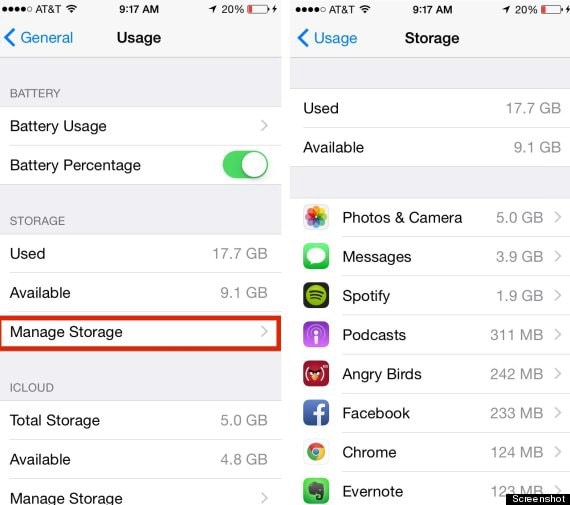 Uninstalling iOS 14 updates allow your iOS device to go back to its previous version. This will make the device work normal like before.

Yes, this is another good method to relieve your iPhone storage memory, prevent the device from overheating, and resolve the unresponsiveness of apps when using it.

Step 1: Hold firm the icon of the crashing app you're willing to delete

Step 2: Tap on X in the top left corner of the app and a message will appear saying 'Deleting this app also delete all its data'

Step 3: Click on delete to remove the app from your device

After taking you through the adventure of fixing apps not working on iOS 14, it's never a bad idea to introduce you to a very helpful tool for creating, editing, and signing PDF files on iOS devices. PDFelement for iOS.

PDFelement for iOS is a universal pdf tool offering a wealth of features that empower you to strengthen workflow when dealing with pdf files on your iOS devices. It's a worldwide pdf tool compatible with all devices and satisfying up to 9 different languages.

However, the unavailability of the convert function seems to be a drawback for the iOS version. But, as a powerful pdf tool designed with the mind of satisfying the world's need in every aspect of dealing with a pdf file, it enables you to optimize your document and have them in the size that best suits your requirements.

Another striking aspect of the PDFelement for iOS is its highly intuitive user interface. Making it the top PDF tool most individuals and companies employ as a superior document management strategy today.