How to Extract Text From Images Using Python

Want to extract text from images? You can do this quickly with a few lines of Python code. It is completely free and provides sound recognition results.

Optical Character Recognition (OCR) is a technology that allows you to extract text from images. OCR can recognize printed or handwritten characters on images and extract the characters. Then, you can edit and share the extracted text using other applications, such as a text editor.

Many tools support OCR. However, most commercial OCR engines are not free or have limits on free use. Luckily, thanks to the efforts of many researchers and the open-source community, you can test or use several great open-source OCR engines for free.

Python is an easy-to-use and efficient programming language that is especially popular in text and image processing. With a vast number of libraries available, Python can automatically complete various types of tasks for you, including an image to text conversion. This article describes how to use Python with two popular OCR engines to extract text from images.

How to Extract Text From Images Using Python

Tesseract is a popular open-source OCR engine that has been pre-trained to support more than 100 languages. In this article, we use Python-tesseract (pytesseract), a Python wrapper for Tesseract that allows you to use Tesseract with Python. All steps described in this article are performed on a Windows PC.

Python 3.6+ is required to use pytesseract. So, make sure to install a version later than 3.6. Then, in the installation window, select Add Python X.XX to PATH to automatically add Python to your system path. Otherwise, you must manually configure the system path after installing Python. 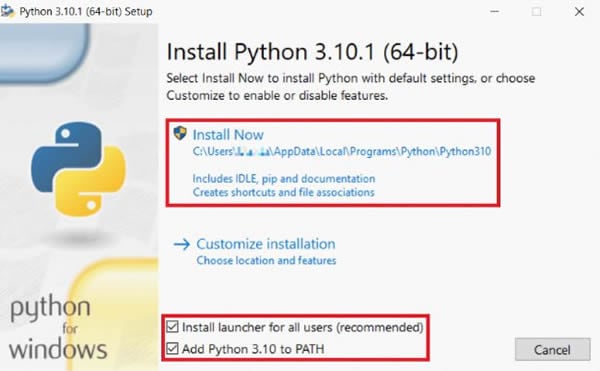 You can download the latest installation package of Tesseract for Windows here. Next, select the additional languages and scripts you want to install in the installation window. By default, you can only install the English language. 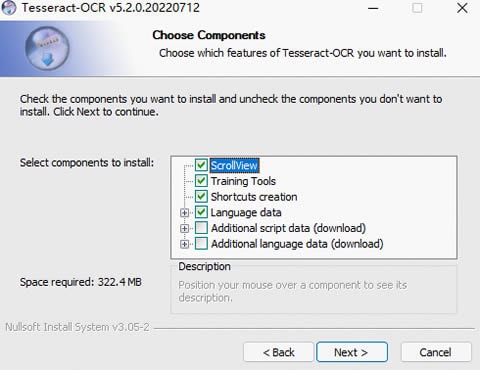 Tesseract provides a handy command-line tool that you can use to perform OCR on images. After you install Tesseract, open a CLI window, navigate to the folder where the image file whose text you want to extract is located, and run the following command:

This command extracts text from the specified image and saves the text in the out.txt file. To use Tesseract with Python, proceed to the next step to install the required Python packages.

Pillow is used to process images, and pytesseract is required to use Tesseract with Python. You can install the packages by running the following commands in a CLI window:

Once you install the packages, you are now ready to write your Python code to extract text from images. Go to the folder where the image files you want to extract text are stored. Create a text file and change its name to extract.py. You can change the text file to any name, but make sure that the file name extension is py.

Use a text editor such as Notepad to open the extract.py file. Copy the following sample code to the file and save the file:

To run the preceding script successfully, you must have an image file named test.jpg in the same folder as the extract.py file. This article uses the following image as an example.

Open a CLI window, go to the folder where the image file is located, and then run the following command:

You should get the following command output.

The output shows that the text is successfully extracted from the image. This concludes the basic process of using Tesseract with Python. For more information about how to use pytesseract, see its documentation.

If you want to extract text from multiple images in a batch, a simple way is to add the names of the files to a TXT file, such as images.txt. For example:

Then, modify the extract.py file as follows:

When you run the preceding script, the text is extracted from all the images that are specified in the images.txt file.

EasyOCR is a Python package that provides a ready-to-use OCR engine and supports 80+ languages. EasyOCR is easy to install and very straightforward to use. This makes it a great solution for performing OCR with Python. You only need to install the PyTorch (required on Windows only) and EasyOCR packages, and then you can start extracting text from images using Python.

To use EasyOCR on Windows, you must install the PyTorch and EasyOCR packages. Run the following commands in sequence to install the packages:

Go to the folder where your image is located, create a .py file, such as extract.py, and then copy the following sample code to the file:

The following figure shows the command output when you run the extract.py file.

As shown in the command output, the text is extracted from the test image.

Advantages and Disadvantages of Using Python

Python is a programing language that is easy to learn and use. It is widely used in deep learning and natural language processing. Compared with other languages, Python code is often simpler and shorter. However, it takes time to learn Python, and you need to research the OCR engines you want to use with Python.

Advantages of using Python to extract text from images:

Disadvantages of using Python to extract text from images:

Nonetheless, it is always good to learn something new. In addition, you can always switch to other tools when needed. There are plenty of existing tools that can help you quickly extract text from images. You can pick one based on your requirements.

How to Extract Text From Images without Python

If you are not a fan of programming and are looking for an out-of-the-box tool, Wondershare PDFelement - PDF Editor is a quick and easy app that you should check out.

PDFelement is a fast and all-around PDF editor that allows you to view, edit, and convert PDFs. PDFelement is also equipped with an advanced OCR engine, which can be used to extract text accurately and efficiently from images. 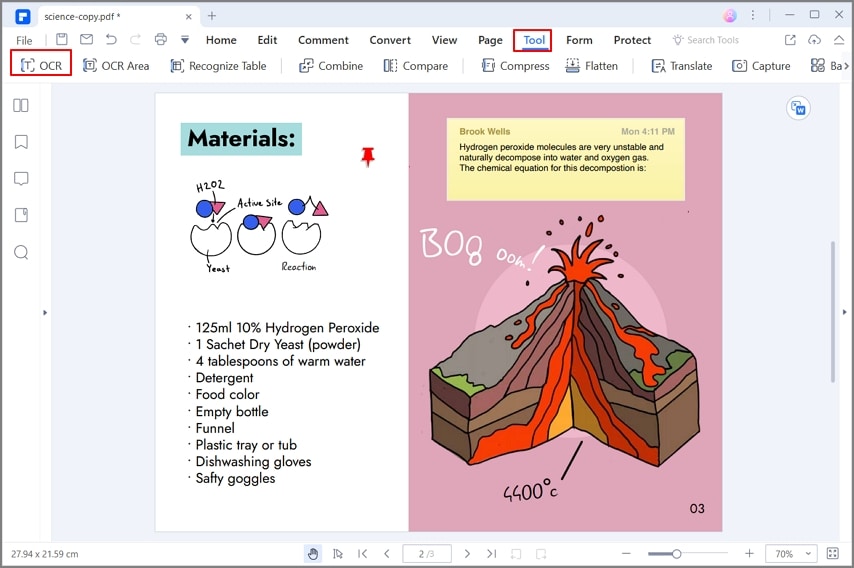 You can follow these steps to extract text from images in PDFelement:

Step 1 Open PDFelement. Drag and drop the image file from which you want to extract text into the PDFelement window. You can also choose Create PDF > From Fil and select the image file. Then, PDFelement converts the image to a PDF and opens it in a new tab.

Step 2 In the Tool menu, click OC to perform OCR on the image. This allows PDFelement to recognize all characters in the image and turn them into editable and searchable text.

Step 3 Copy the text to the desired location and edit the text. You can also convert the PDF with editable text to other formats, such as Word or Excel.

In addition to the OCR engine, PDFelement also provides other features that can help improve your productivity:

Python is an excellent programing language that is suitable for automating repetitive tasks. By using Python, you can extract text from images easily and fast with open-source OCR engines. This article provided ways to invoke the OCR capabilities of Tesseract and EasyOCR using Python.