In order to understand Acroforms vs XFA forms, we need to understand the basics first. For starters, both are PDF forms that you can use. Acroforms is the older one, created back in 1998, and it is still referred as the classic PDF form. XFA forms are webpages you can save as a PDF, and appeared back in 2003. It took some time before PDF started accepting XFA forms, but that is now a world we live in. So, how to choose between one or the other? When thinking which one to choose, you need to answer few questions, as in do you need users to markup the form in addition to filling fields, and do you need the form to dynamically re-write page content based on the input by the user? There are many more questions to answer, and we will get to the bottom of it.

First we need to start with definitions. Once you define both products, you can easily understand the difference between Acroforms vs XFA forms. 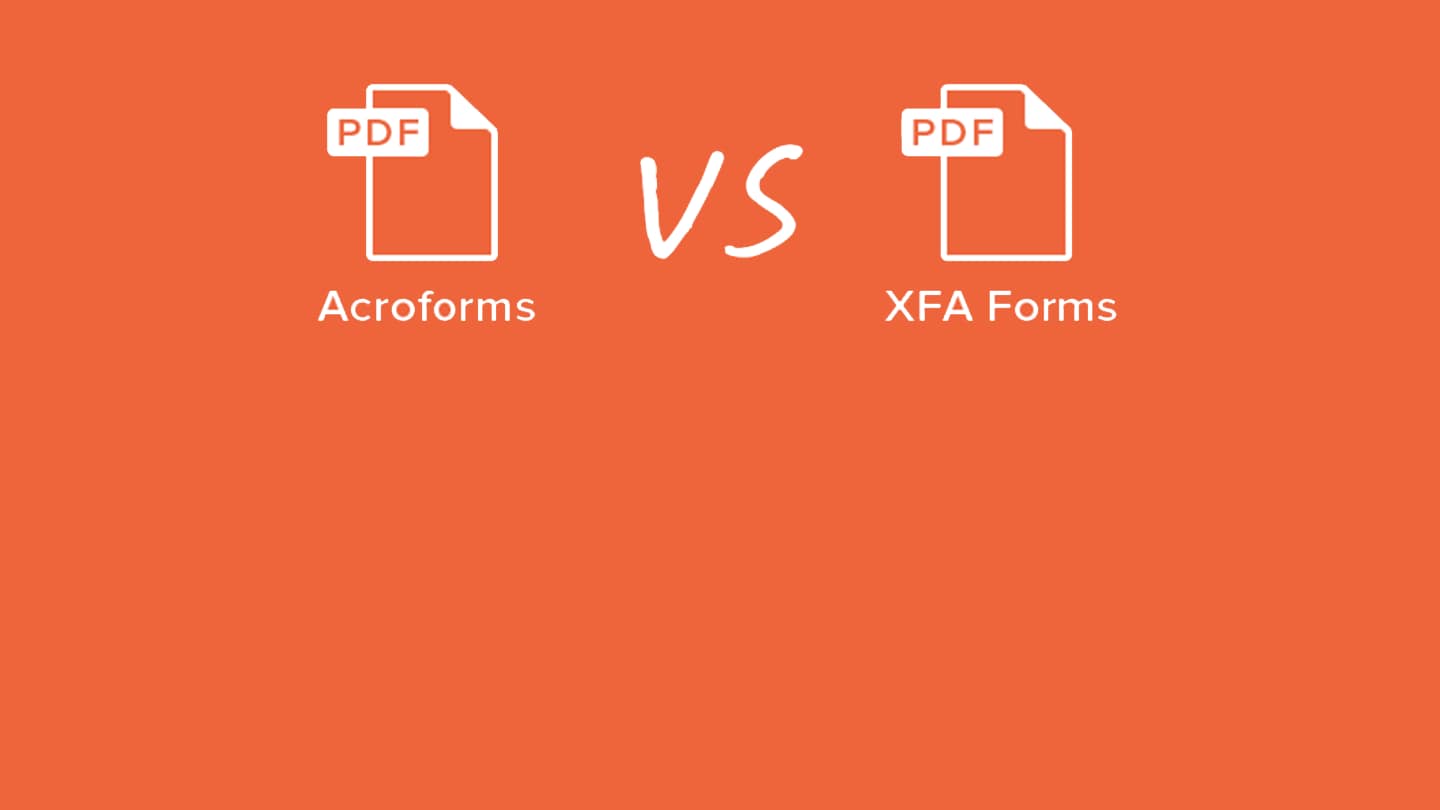 AcroForms are the original PDF forms technology. They were first introduced in 1998. They accept input in Forms Data Format or FDF and XML Forms Data Format or xFDF. Third party vendors support AcroForms. When Adobe introduced the AcroForms, they referred to them as “PDF form that is authored with Adobe Acrobat Pro/Standard and that is not a special type of static or dynamic XFA form. Acroforms are portable and they work on all platforms.

XFA forms, on the other hand, do not work on all platforms. The focus is on forms. They can be created only by using Adobe Forms Designer tool. The definition for XFA forms is “XML Forms Architecture, a family of proprietary XML specifications that was developed to enhance the processing of web froms”. Starting with PDF 1.5 specifications, XFA forms can be used in PDF files.

There are static and dynamic XFA forms. In a static form, the appearance and layout is fixed regardless of the field content. Unfilled fields are present in the form. Dynamic forms, on the other hand, can change in appearance in several ways as response to changes in the data. They require rendering of the content on file opening.

A Full Comparison between Acroforms and XFA Forms

Now that we know the definition for both AcroForms and XFA forms, let’s talk the difference between these two. Both have capabilities not found in the other. Here are the differences between Acroforms and XFA Forms

Which One is Better, Acroforms vs XFA Forms?

There is no clear winner and no clear answer. It all depends on what your needs are, and how you will use the form. Let’s look at it from different angles.

For example, if users need to markup the form, like highlighting text and circle an item, you have to go with AcroForms. XFA forms have no concept of markup.

On the other hand, if you need your form to dynamically re-write page content based on your input, you go with XFA forms. While Standard PDF can do that as well, it is not a trivial thing. XFA forms are better suited for re-writing page content, because they are dynamically driven by data.

If you want to make your forms more accessible, AcroForms is the way to go. They have a long history of providing excellent performances for users with disabilities and they are compliant with Section 508. XFA forms have accessibility limitations.

And if you need functions in JavaScript, the answer is clear, AcroForms. As mentioned previously, XFA forms lack JavaScript support. However, if your goal is to manage the form design with XML, XFA forms are easier to work with.

Since creating XFA forms, Adobe has never added an easy conversion routine. But that is something third party vendors offer. XFA is a XML form wrapped in PDF, and if you want to convert it to PDF with good results and find an elegant way to maintain the fill-out fields, look elsewhere than Adobe. Wondershare PDFelement - PDF Editor does exactly that. You can use the product to work with XFA forms in any way you want.

One of the newest features added to the latest version of PDFelement is the ability to work with XFA forms. What you can do with them? First and foremost, it allows you to open and read XFA-based PDF forms. You can also fill a XFA form and submit and then reap all the benefits of a XFA-based PDF form. 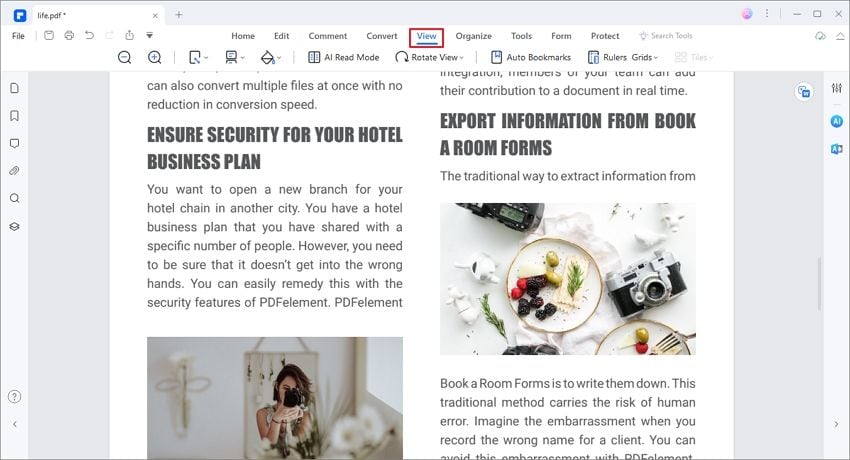 In addition to reading, opening, and filling XFA forms, PDFelement offers much more features. The most important feature is the ability to edit text and graphic-based objects. With PDFelement, you can edit your PDF document any way you like it.

Annotation features will come in handy for all business, but also casual users. You can highlight text, add comments and similar features that are just not available in XFA forms. As we mentioned earlier, the one advantage of Acroforms vs XFA forms is the ability to add annotations. With PDFelement, you eliminate that difference. Last, but not least, you can use the product to create PDF documents from scratch.