OCR tools are very handy. You can use them for schoolwork or editing business documents. However, your OCR tool may be on your computer. But you are not always near it. What would you do if something urgent came up while you were away? Well, you can use these Android OCR tools. 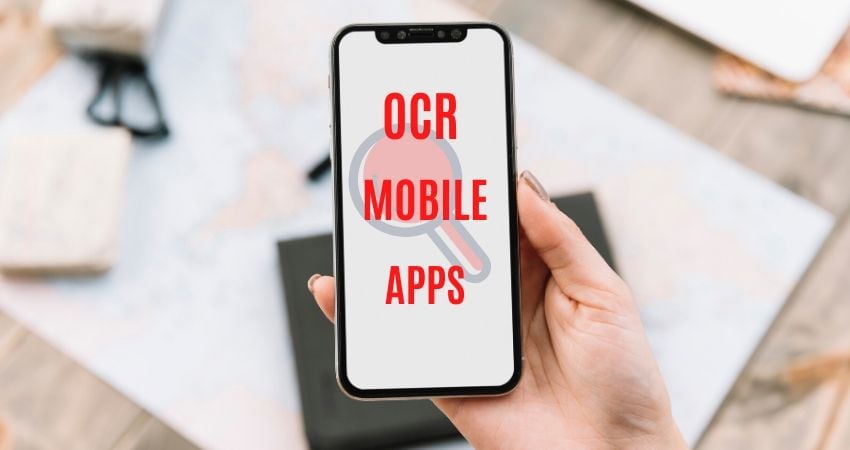 Why Do You Need an OCR App on Your Phone

Your OCR tool is likely installed on your computer. Therefore, you can't use it while you are away, like when you are on a trip abroad or even when you are just in your neighbor's house. Thankfully, there are OCR tools for Android. You need to have these on your phone.

Suppose you are abroad. The street signs are in a language you need help comprehending. You can use your phone's OCR app to scan the signs and translate them. That is just one use case for Android OCR apps. And you can already see their usefulness.

The Best Free Apps for Android

Text Fairy is a reliable Android OCR app by an indie developer. You can choose what happens to the text you have extracted via Text Fairy. Edit it, copy it, or save it as a PDF as needed.

Does not recognize handwritten text, text from blurry images, or texts with colors besides black and white

Reviews: A user on Google Play said in a review that Text Fairy does one thing - perform OCR on images - and it does it well. They also praised the improvements in the interface from one of the updates.

Languages: By default, Text Fairy recognizes English and one or two languages used in your area. However, you can add more through the app's Settings. Text Fairy supports over 50 languages.

Price: Free to install and use, but with in-app purchases

Adobe Scan lets you scan images and turn them into PDFs. You don't even have to press the "Capture" button for Adobe Scan for it to start scanning. OCR technology ensures the text in the scanned document is readable.

Does not allow you to edit the scanned text

Price: Free, but you can unlock more features through a subscription that costs $5.83.

The community loves Text Scanner [OCR] because of its fast and accurate OCR tool. As a bonus, this Android app is very easy to use. Indeed, it is one of the most reliable Android OCR tools on the Play Store.

You can use the free version only 15 times.

The app plays an ad after every use unless you get the Premium version.

Reviews: A reviewer on the Google Play Store showered Text Scanner [OCR] with praises for its accuracy. They said that this app is extremely accurate and the best one they have seen in a while. They added that you don't need to do many fix-ups. However, putting your camera lens farther away from the subject increases the number of fix-ups required.

Google Keep is a notes app from Google that has OCR features. As with the other programs from the Google Suite, it is a free app. Furthermore, like the OCR features in other Google apps, Google Keep's OCR function is very reliable.

Review: A Google Play Store review said that Google Keeps is one of "Google's finest apps built with simplicity in mind." It has many features but stays easy to use. The reviewer said that Google had nailed the formula for how developers should make apps.

Not everyone has an Android device. Others use iPhones or iPads. So, what is the best OCR app for iOS? That would be the Wondershare PDFelement - PDF Editor. PDFelement is many people's one-stop solution for all their PDF needs. Like the version for desktop, PDFelement for iOS is extremely reliable. In its most recent update, Wondershare added its exert-approved OCR tool to the iOS app. 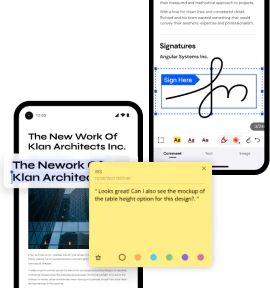 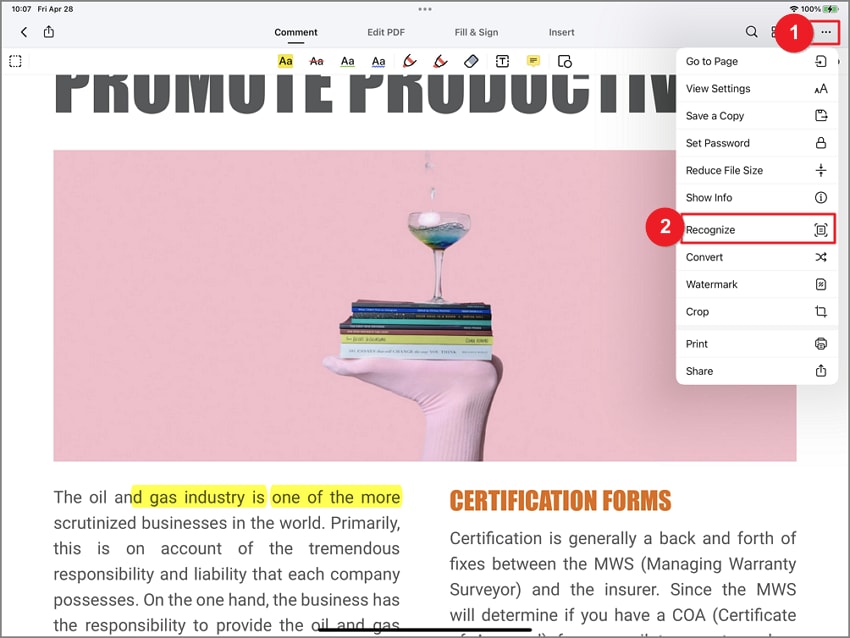 PDFelement for iOS equips you with so many handy features. You can use it to convert or password-protect PDFs. Also, you can use this app to add watermarks to PDFs.

The newly added OCR tool is robust. How excellent is it? First of all, it is very accurate. After conversions, you need to do little to no corrections. More impressively, it does not take long for PDFelement to extract text from scanned PDFs. Additionally, PDFelement's OCR tool recognizes text written in over 20 languages.

PDFelement's versatility and powerful tools make it one of the best document apps out there. The addition of the OCR feature on iOS makes it even better.

Reviews: A business owner said through an Apple App Store review that PDFelement is one of the best PDF editing applications they have used. "It's very intuitive and offers all the features I need," they said.

Languages: PDFelement's OCR tool recognizes many languages, including but not limited to Italian, Russian, Dutch, and German.

Price: A subscription is required to access PDFelement for iOS' OCR feature. The pricing starts at $6.99. Alternatively, you can buy the app for $39.99. For how much value you can get, it’s worth it.

OCR apps have different limitations. Some can recognize handwriting, while others do not. Likewise, some apps can recognize text from photos taken through a low-quality camera, while others fail. Also, some apps recognize more languages than others. Then, some OCR apps allow you to edit the extracted text. Meanwhile, others require you to export it and edit it via another app. The gist is the limits are based on the app itself.

Computer programs remain more powerful than Android apps. So, at home or in an office, you may prefer using a PDF OCR tool for Windows. The question is: what is your best option? As mentioned above, PDFelement's OCR tool received commendations from expert reviewers. That said, PDFelement is among the best OCR software for Windows. 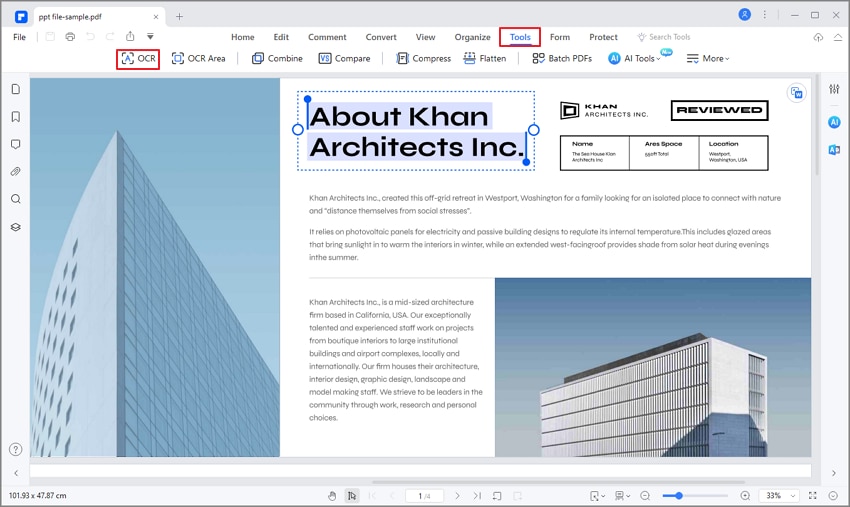 The best thing is that PDFelement allows you to do other things besides performing OCR on scanned PDFs. You can use this tool to create, merge, edit, and convert PDFs. Furthermore, you can use PDFelement to annotate PDFs. You can add comments, notes, or highlight text.

The abovementioned apps are the best OCR apps for Android. Each can outshine another based on your needs. For example, Google Keep is mainly a note-taking program. It's the best choice if you also need a note app. If you own an iPhone instead of an Android app, PDFelement is your best choice. Its OCR function is known for being reliable. Additionally, it provides you with many more tools that could increase your productivity.