InDesign Vs. Publisher: Which One to Use?

The answer to the question of whether to choose Adobe InDesign or Microsoft Publisher seems like an almost impossible one. Interestingly, it's not all that hard. The reason is that each of these page design or page layout tools has been developed for a set of use cases. That makes it easier to separate them in terms of features, functionality, and suitability for various projects.

First, let's look at the capabilities and strengths of each application and then do a comparative analysis of their key differences. Finally, we'll introduce a tool that will allow you to use both platforms for a more comprehensive solution to your current dilemma.

Part 1. What You Need to Know about InDesign and Publisher 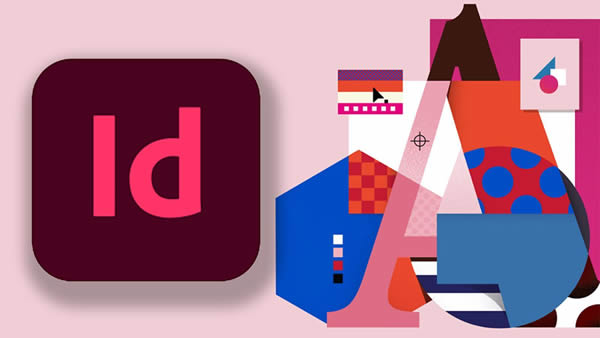 InDesign was launched in 1999 as an alternative to the numerous but clunky graphic design tools that were available at the time. A few products had made it to the top, but non-professional users were still stuck with hiring a dedicated designer to operate most of these tools.

Enter InDesign, which offered a user interface that was simpler and more intuitive (for its time), which users could simply sink into and start creating their own stunning designs without having to hire an expensive resource for the purpose.

InDesign gradually evolved into a more sophisticated product, and today it's a lot more than a simple page layout tool. The integration with other Adobe applications and its own inherent features soon grew to a level where it became the professional design tool of choice.

As for its purpose, InDesign can be used to create both printable and digital assets such as brochures, mobile page layouts, eBooks, newsletters, marketing material, infographics, and many other such creations. Let's take a quick look at the features sported by InDesign. 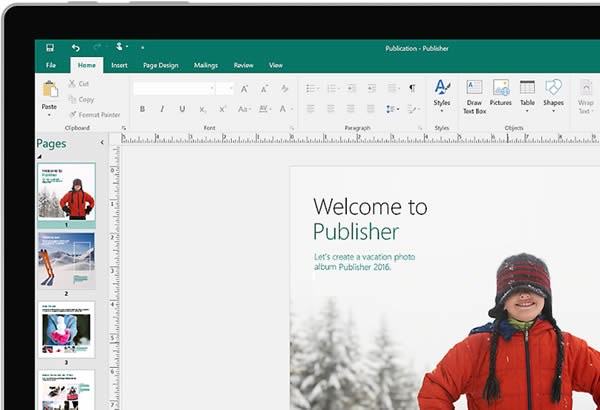 Microsoft Publisher was a natural extension of the capabilities of Word. In fact, it was already around for about 8 years by the time InDesign was released. That means it was one of the tools that InDesign was intended to replace, as a matter of fact. And once you realize the limited yet functional capabilities of the older versions of Publisher, you'll see why.

Publisher was different from Word in that it focused on page layouts and graphic elements rather than word processing. That core difference created an offshoot that would later become one of the most widely used page design tools in the world. The latest Publisher 2019 has come a long way since its first iteration in 1991.

The modern Publisher application comes with a range of templates and formats to suit almost every page design layout requirement. All you need to do is select one and then customize it to your specific project. In many ways, that makes it similar to InDesign, but the underlying operations make it as different from InDesign as technically possible.

Publisher is only available for Windows (PCs) and not Mac. This might be a dealbreaker for Mac users since they're only left with InDesign as an option. However, if you're keen on using Publisher or trying it out, you can use Boot Camp Assistant to load Windows on your Mac and then install Publisher. It's not as responsive that way but it's a reasonable workaround solution.

InDesign is known for precision when doing your layouts. You can be exact down to the pixel level, giving you a superior experience when creating complex designs that need to be positioned carefully, especially on small-format mediums such as printable brochures, etc. Publisher is good as well but not as good as InDesign when it comes to precision.

The packaging of each product is as different as they come. While InDesign can be bought bundled with other Creative Cloud applications, Publisher comes with the Office 365 suite, which we're all familiar with. Your choice boils down to one ecosystem over the other - in other words, Microsoft vs. Adobe.

Publisher was intended for normal MS Word users who also wanted design capabilities. On the other hand, InDesign has evolved so much that it has lost its simplicity. Case in point, the typography options in InDesign are enough to make a lay person's head spin!

InDesign is better than Publisher from an output perspective. While Adobe's product can give you the output as a PDF, an eBook format, or a host of other options, Publisher is quite limited in this respect. However, Publisher can give you outputs that are better for InkJet and laser printing, which InDesign can't do very well. 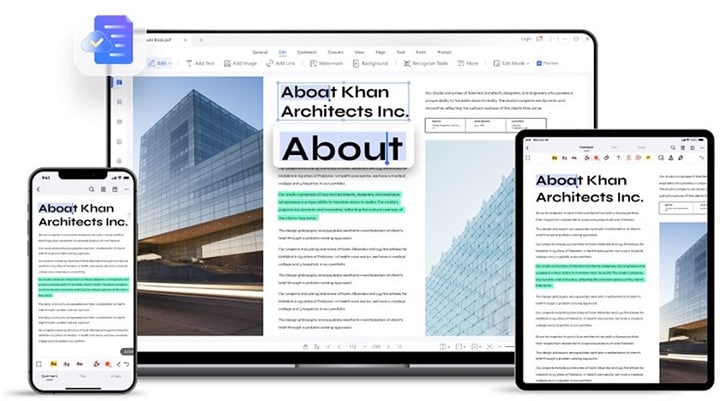 If you're still on the fence about whether to use InDesign or Publisher, here's an idea.

Consider this - most publishing workflows require the use of a static format such as PDF. That means you'll need a PDF utility that can convert to and from other formats, is affordable, offers a rich feature set, and forms the perfect bridge between the two applications.

In a word, PDFelement.

PDFelement is a premier PDF editor, converter, security tool, form creator, and collaboration tool. It allows you to take an output from one application and convert it into a format that the other application can accept. For example, the Publisher saves text and graphics as objects on their own layer. These layers can be exported as a PDF file and then imported into InDesign.

To put it another way, PDFelement allows these two applications to 'communicate' in ways that are otherwise impossible. But that's not the only reason to use PDFelement. You can edit the elements in a PDF file before you convert it into HTML or another format that can be sent for publishing.

The main reason for having PDFelement in the mix is that it allows you the flexibility to design on a multitude of platforms without having to worry about output compatibility. In fact, did you know that PDFelement can create PDFs from over 300 different document and image formats? Moreover, the OCR feature lets you convert non-editable text into editable PDF content.

So, How to Choose Between InDesign and Publisher?

The final choice, as we said in the beginning, is all about what you intend to create as your end product. Print products such as flyers and brochures may be printed with laser or InkJet printers, which means Publisher would be your natural choice. Of course, PDFelement would be handy there as well since you can make granular edits to your PDFs before you send them to printing.

Moreover, PDFelement has its own print dialog that lets you control the paper size, orientation, and several other print aspects. This is very useful when you want to prevent 'printing outside the lines, as it were.

On the other hand, if you need primarily digital assets and also a powerful physical print design tool with advanced capabilities, you would choose InDesign. Of course, you'd also need a budget to match because InDesign is significantly pricier than Publisher.

Once again, when using InDesign, you might want to consider complementing it with PDFelement, which can help you transform files into formats that are compatible with a wider range of applications, even other design tools such as QuarkXPress, a major rival to InDesign.

In the end, your choice rests on your decision to prioritize certain design workflows over others. A simple way to decide is to use Publisher for all simpler physical print projects and consider InDesign for more complex graphics assets. Remember that InDesign gives you access to other Adobe tools with deep integration. There are limitations, of course, but the hand-off is generally simple and won't cause a major conflict.

We hope this article has been useful in helping you decide between InDesign and Publisher. Don't forget that PDFelement can be an invaluable bridge between the two if you decide that you need both of them for their respective strengths.

It's always possible that some non-professional designers in a company might prefer Publisher for quick jobs like newsletters and e-invitations, while the core design team might choose to go with InDesign. That's where PDFelement would play a crucial role - in making sure that these two sets of preferences don't cause any disruptions in the overall design workflows of your organization.

How to Use IRIS OCR

How to Use Google Drive OCR

How to Edit PDF with Microsoft PDF Editor