The Main Differences between InDesign and Photoshop

Photoshop and InDesign are both software programs that specialize in creating and editing graphics. Each one has great tools to offer, depending on what your purpose of using the program is. There are 5 major difference between Adobe InDesign and Photoshop which we will cover in the article below.

Top 5 Differences between InDesign and Photoshop

InDesign is a desktop publishing graphic software that was developed by Adobe systems for the purpose of creating page layouts for flyers and magazines, among others. It is mostly used by individuals or companies in the graphic design or publishing industry.

Once the projects created by InDesign have been finalized, they can be exported and shared in both print and digital form. The difference between Photoshop and InDesign lies in features contained in the software.

Photoshop, on the other hand, is a popular photo editing and manipulation software that was also developed by Adobe. It has several features that enable manipulation of large photos and editing of things like digital paintings.

We’ll now look at some of the major differences between InDesign and Photoshop.

When it comes to publishing, InDesign is an especially great tool. It has been created to give full control of the application of typography. Photoshop may contain some image editing features but it is no match for InDesign. InDesign has an inbuilt comprehensive menu specifically for typographical effects.

Photoshop was not designed for multi-page print files. If you are thinking of designing a file that contains many pages, especially if the text is going to run on several pages, then InDesign is the ultimate choice. On the other hand, Photoshop is suitable if you intend on designing only a single page, putting more emphasis on image rather than text.

Vector projects are most suitable for InDesign. These are images designed with lines and curves that can either be enlarged or downsized depending on the desired size of your file. Raster projects, on the other hand, are images that are designed out of a set of pixels that might compromise on quality if the image's size is altered e.g. photos. These projects are more suitable for Photoshop.

Photoshop works best with RGB while InDesign works better in CMYK color. You can open InDesign file in Photoshop to begin working on your file.

Photoshop contains its own built-in image –editing software that allows you to design images and edit them while at the same time creating a layout. In InDesign, the effects are somewhat limited and you may find yourself needing to use Photoshop to edit your images.

Photoshop contains a detailed layer panel that enables you to view special effects in real time as you apply them. This is not the case with InDesign as its layer panel is not detailed enough for other projects.

When it comes to InDesign vs Photoshop, Photoshop works better with 3D mockups than InDesign as it contains a more sophisticated 3D menu.

InDesign is a good choice for designing a professional looking layout. It has specific tools that are formulated to create layout design. This tool is known as the master page. It is used to edit or design several pages all at once.

The difference between Adobe InDesign and Photoshop is that Photoshop has several platforms that are dedicated to helping users, unlike InDesign. This is probably because it was developed much earlier than InDesign.

The difference between Photoshop and InDesign shows that InDesign is primarily a page design graphic software and not a professional PDF software. If you are interested in creating an interactive PDF with a more professional look, Wondershare PDFelement - PDF Editoris the best option.It is a smart and robust enterprise-grade PDF editor. 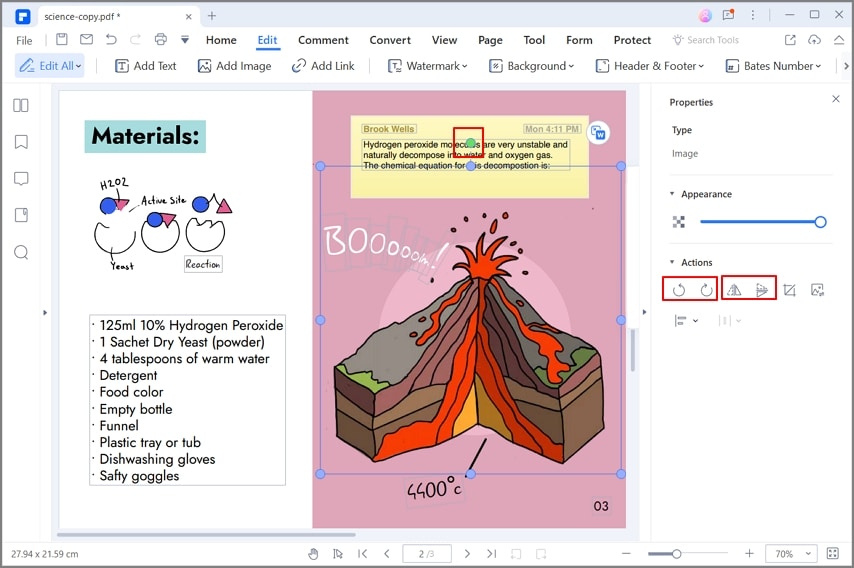 What can PDFelement be used for?

Tips: How to Open a Photoshop File in InDesign

InDesign can export its files as PDF which can then be opened by Photoshop as imports. The following is a step-by-step process on how to open InDesign files in Photoshop:

Home > Features of Indesign > The Main Differences between InDesign and Photoshop