How to Fix Time Machine Stuck Issues in macOS 10.14

A reliable and time-efficient backup application on Mac is fundamental to smooth-sailing user experience. But when the simplest and most reliable backup app on Mac, Time Machine, is stuck in preparing backup in macOS 10.14, a user might be hard-pressed to suspend making changes to files as they might not be able to backup those changes appropriately.

A number of checks have been encoded into the Time Machine to eliminate errors and delays in the backup process. However, these checks can stall the initiation of the backup process at a point in time. This article proffers solutions to fix time machine when it freezes on preparing backup.

Is it Normal for Time Machine Stuck in Preparing Backup in macOS 10.14?

When changes are made to files, the MacOS logs the changes in an inventory system which the OS creates as a component of the files system. Time machine operates with a comparison system which compares the file system’s inventory of file changes to its own file inventory, in order to form incremental backups. This operation, which is indicated by the "preparing backup" message on the screen, is usually time-efficient and highly effective, except it is processing massive logs of file changes and newly added files. This operation is normally prolonged when it used the first time out, after which the user gets to enjoy speedy streaks of the operation. 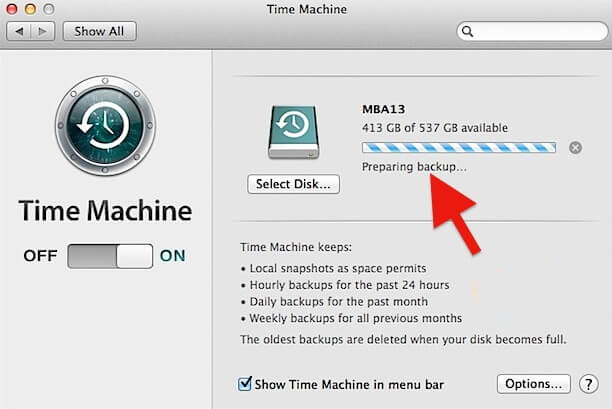 Time Machine’s Backup process can also be stalled when Spotlight is indexing the Time Machine volume. The resolution to this problem is outlined in the section below.

What to Do When Time Machine Is Stuck on Preparing Backup in macOS 10.14

Upon waking the Mac, a user might be stunned to find an error message pop up stating that the Mac’s backup disk identity has been compromised by an unauthorized party. And on attempting to carry out a backup, the user may come across a prompt which states that the user is about to carry out a backup only for the first time.

These error messages are usually not quite informative to leave users with cues as per what to do when time machine is stuck on "preparing backup" in macOS 10.14. Neither does the issue yield to general troubleshooting techniques like booting in Safe Mode or decluttering the hard disk. Sometimes, a user might not know how to tell a totally stuck time machine update apart from a slow one that’s caused by hefty file sizes on the logs.

Sometimes, a user might not know how to tell a totally stuck time machine update apart from a slow one that’s caused by hefty file sizes on the logs. But if the app is stuck on backup and not dragged by hefty file logs, the ‘backupd’ process is actually in abeyance and does not draw down the CPU usage, hence the app shows no signs of activities when viewed through the activity monitor. The following are the steps to resolving time machine stuck on preparing backup:

1. Confirm that The App is Actually Stuck and Not Slowed by Hefty File Logs 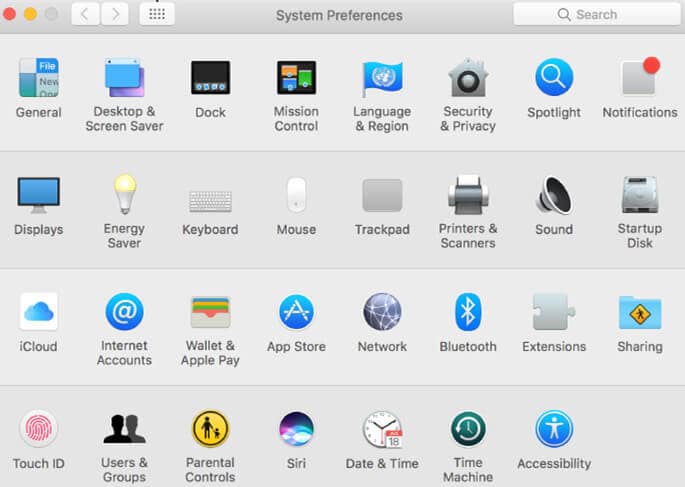 2. Ensure That The Stall isn’t Due to Antivirus Interference

To ensure that Time Machine doesn’t become stuck in preparing backup in macOS 10.14 due to antivirus interference, reconfigure the antivirus to exclude the "Backups.backupbd" folder. If that isn’t possible, as is the case for an antivirus which does not allow for the exclusion of disk volumes, you can go around the problem by excluding the “Backups.backupdb” folder on the Backup volume of the Time Machine. 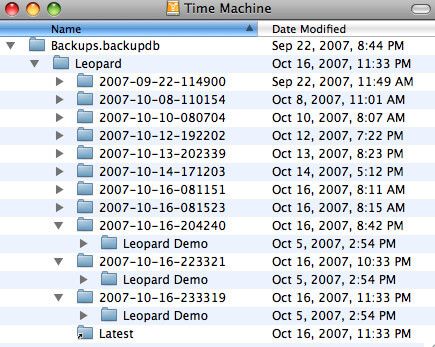 3. Annul Any Interference of Spotlight on the Backup Process

To fix time machine when stuck on preparing backup in macOS 10.14, you need to confirm that Spotlight isn’t carrying out an indexing of the Time Machine backup volume at that point in time. To disable Spotlight from indexing the Time Machine backup, Click the Dock icon on the Mac’s home screen or select "System Preference" from the Apple menu. In the "Personal" section of the System Preference window, locate and click on the "Spotlight Preference" option. On the next page, click on the "Privacy" button, and then drag-and-drop the Time Machine backup volume to the list of locations not covered by the indexing or use the (+) button to add backup folders to the indexed list that isn’t indexed. 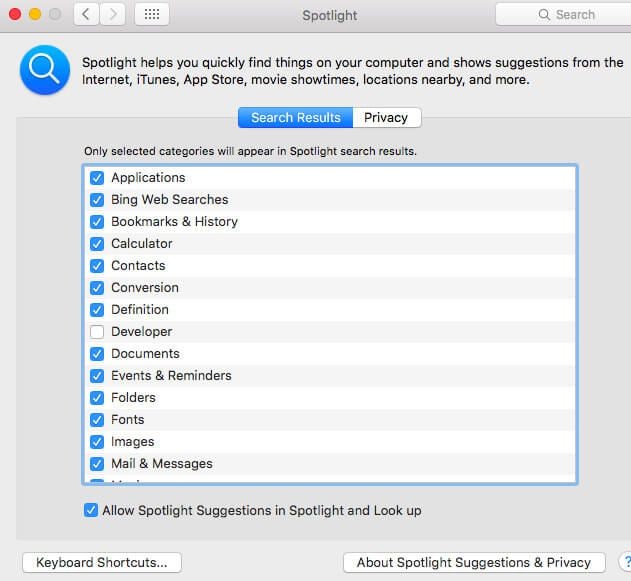 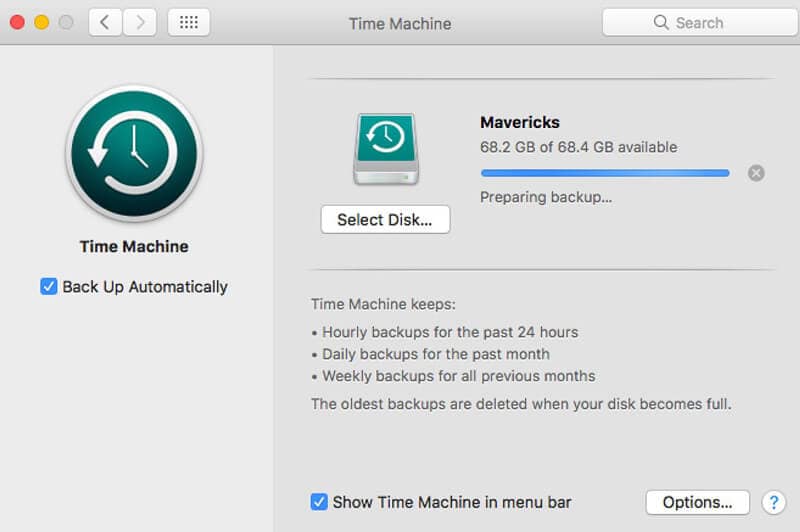 The "inProgress" file is the Time Machine’s placeholder file which bears information about the files to be backed up. The backup process might freeze out due to a corrupted inProgress file. To clear out the inProgress file of the failing backup process, use Finder to open the Time Machine Drive, and locate the "Backups.backupd" folder, and in this folder, open the folder which is named after the current folder wherein the backup stalled. Open this folder and search for the a file with ".inProgress" file extension.

Open the Apple menu and then select "Restart". After booting, allow Spotlight to run fully. This allows OS to re-index the connected Time Machine drive in case the backup process was stalled by an errorneous indexing of by the OS. 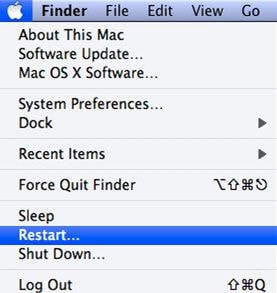 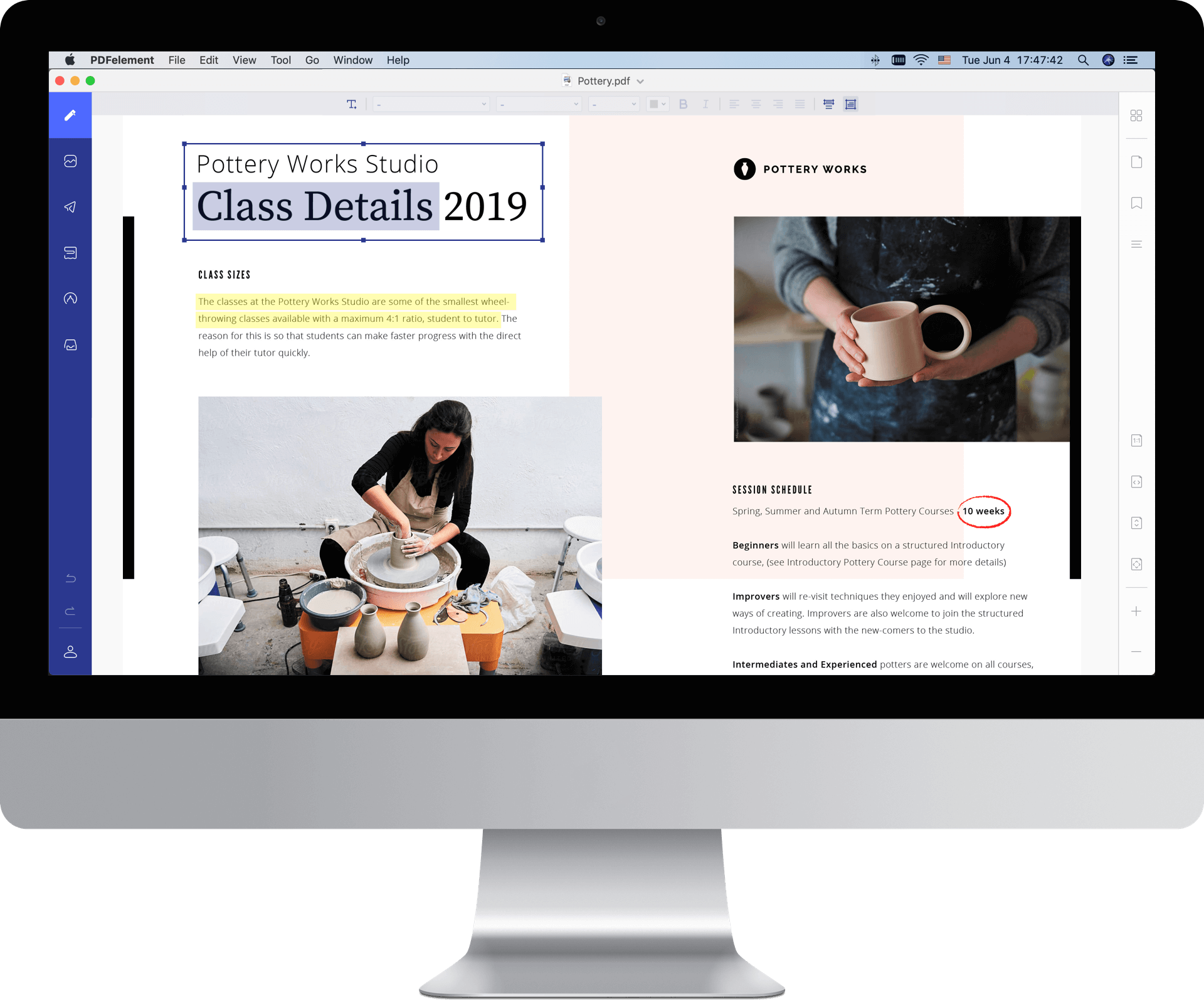