Microsoft designed Windows 7 as an operating system that provides you with a full options suite that caters to your needs. As a result, it has been useful for recreational purposes and in business. Recently, Microsoft announced its decision to end Windows 7 support. Although this does not please many users, seeking a Windows 7 alternative is inevitable. There are many other options to use and so this article will help you in finding a good replacement for Windows 7.

Linux Mint is among the best alternatives to Windows 7 because it perfectly distributes Linux operating system and it is also free and open-source. It is a Linux version that favours new beginners of the OS, since it is simple and at the same time powerful operating system. Using an application like Mint4Win, you can set Windows computer to dual boot Linux Mint. Its frequent updates ensure that the OS runs as expected always. It may use a large number of resource and may have fewer programs as compared to Windows system. 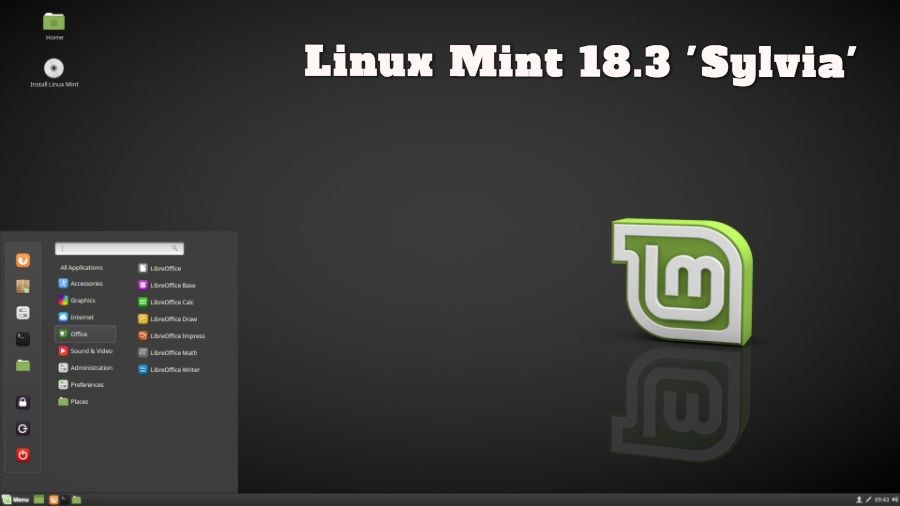 Just like Linux Mint, Ubuntu is another perfect alternative to Windows 7 since it is also a distribution of Linux. It is also a free and open source operating system, which runs on Debian architecture. Ubuntu can run on not only personal computers, but also tablets, phones and network servers, especially on the internet. Since it is very easy to use, this operating system has a huge user base, which is also encouraged by Obuntu’s stability and speed. It is secure from the installation point and has professional support. 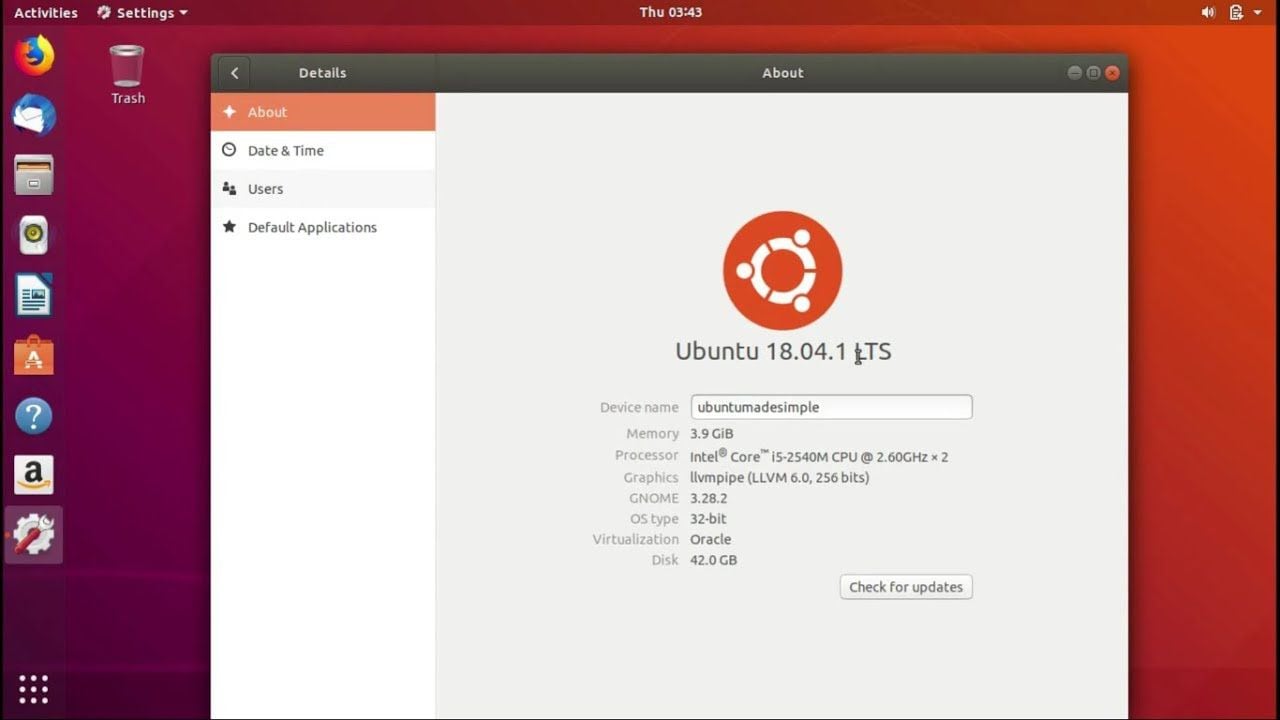 Released in mid-2015, Windows 10 is a recommended Windows 7 alternative operating system because it is an advanced version. It comes with a streamlines and pleasing user interface as well as additional features to ensure maximum productivity. The majority of Windows 10 installations are accompanied by office suite that consists of productivity software like Microsoft Excel and Word. These are useful in writing slideshow presentations, documents and making spreadsheets. Additionally, it provides you with security features like multifactor authentication. 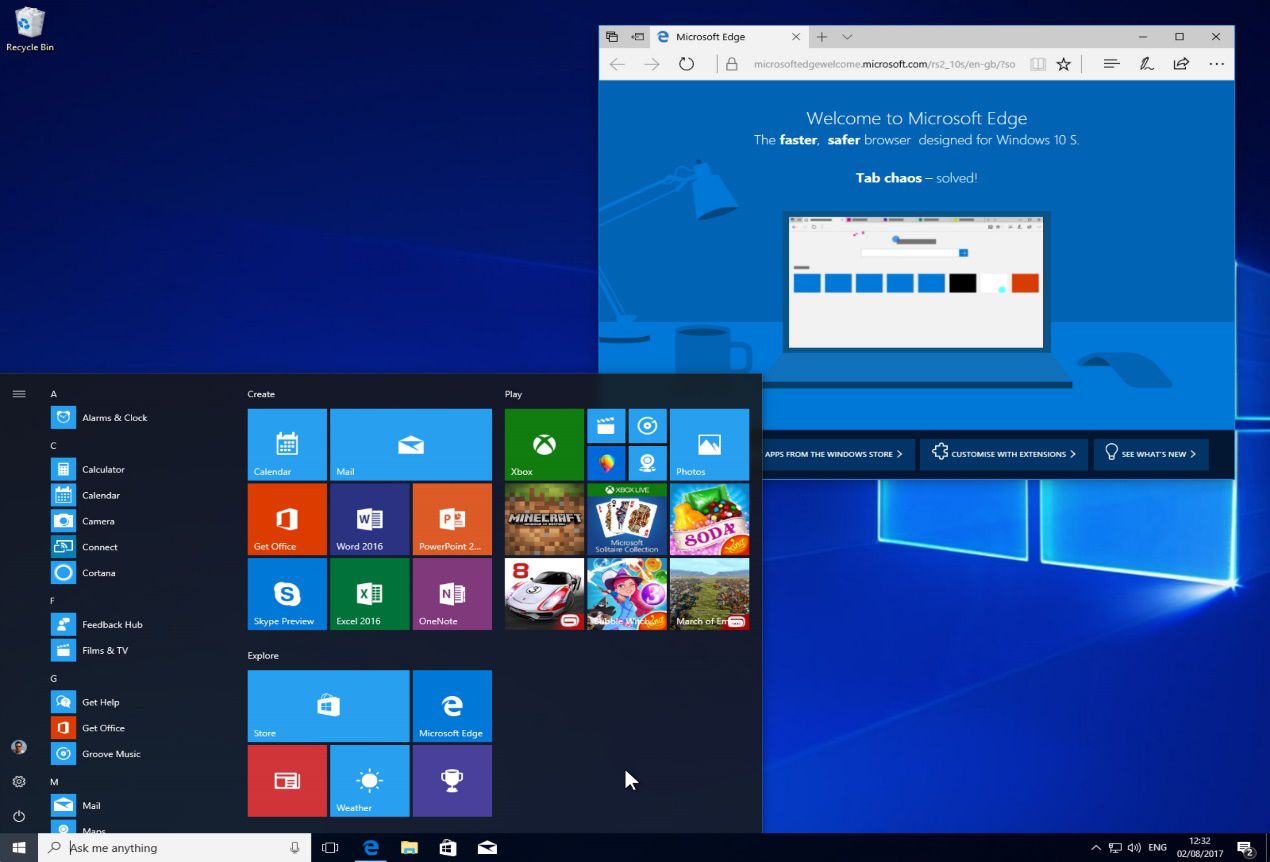 OpenSUSE is considered a recommendable Windows 7 alternative and similar software because it is one of the best distributions of Linux. There are many distributions of Linux and you may get confused as you seek the best Windows 7 alternative. However, OpenSUSE stands out because it is among the oldest OS that has worked in various fields or production settings excellently. This concludes that it is not only stable but also dependable. It is also different due to its unique tools like Yet another Setup Tool (YaST). You should consider it as a good replacement for Windows 7 because it is free for use as well as distribution. 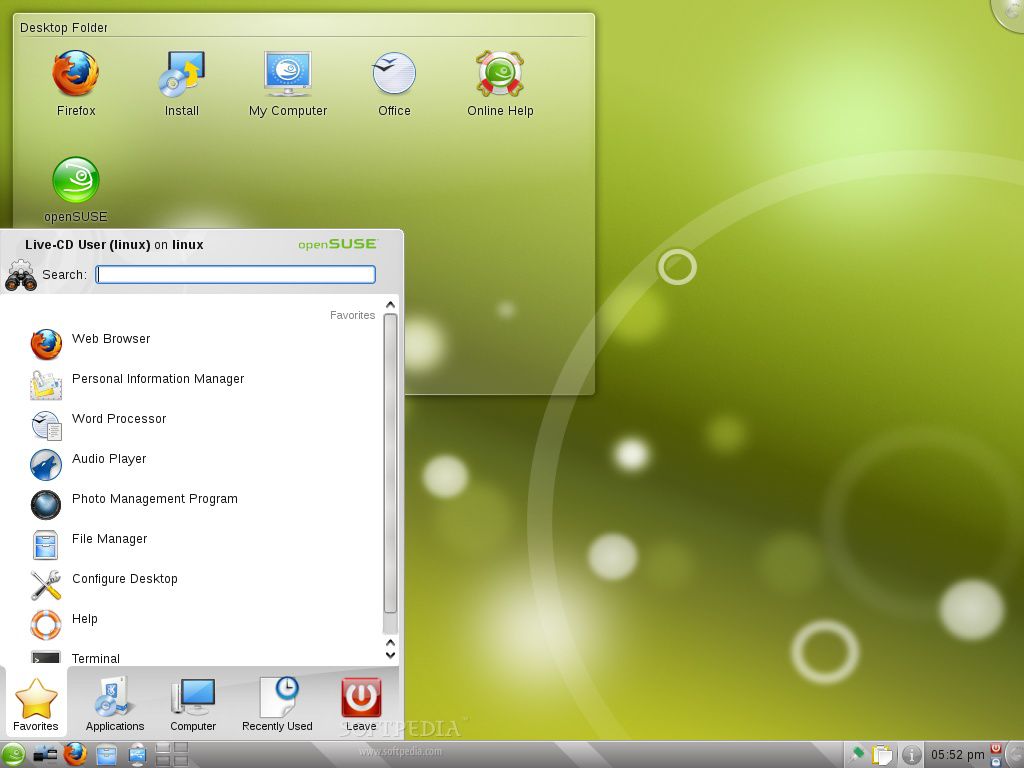 Chromium OS appears to be the same software as Google’s Chrome OS. However, it is different because it’s available only as source code while Chrome OS comes on certain Google mobile devices. It is the most appropriate Windows 7 alternative and similar software since the code is Linux based. This means that Chromium OS has a solid foundation and functions quickly. It is different from other Linux based OS because everything is based in the cloud. Since the vast utility majority is in the cloud, you do not have to install anything in your computer. So, Chromium OS is a Windows 7 alternative operating system that uses the least space, regardless of the functionality it undertakes and the data involved. 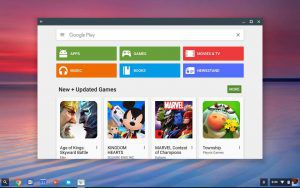 Remix OS allows you to work away from your computer using your phone. It is a perfect Windows 7 alternative because you can access apps and data on your phone through your PC. This mostly favours people that work extensively using their phones. Using this alternative to Windows 7, you jump from your PC to phone and vice versa since its integration allows streaming of media as well. It comes with its own file manager that excels in file management since it has advanced settings like in Windows. Therefore, Remix OS is primarily a Windows 7 alternative and similar software whose design is easy to use and has great functionality. 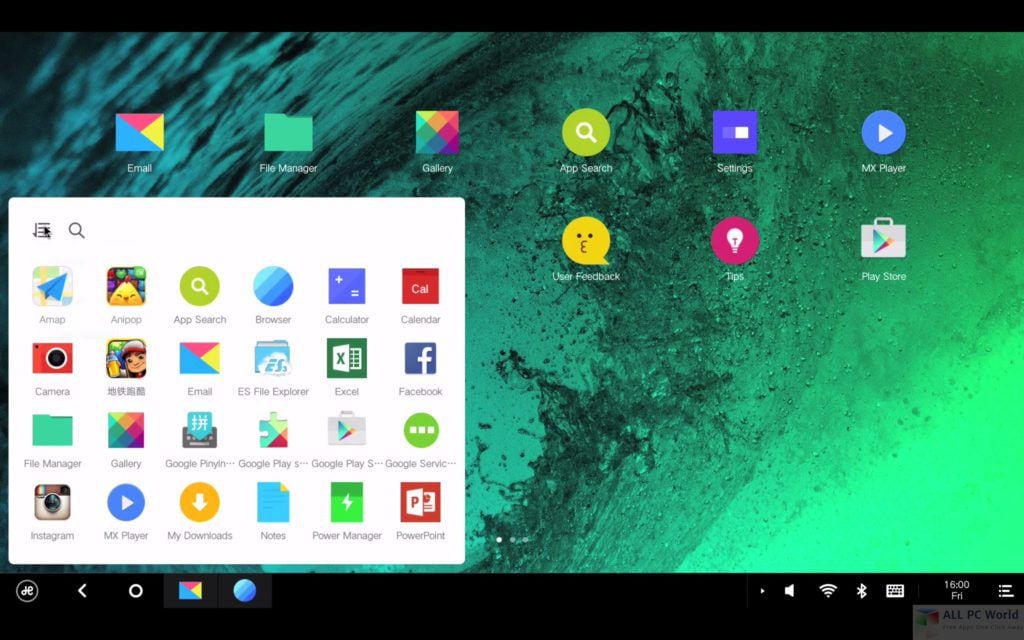 Puppy Linux is among the oldest legacies in the Linux distributions family. It is among the best Windows 7 alternatives because its design accommodates home users’ needs, especially regarding customization. It is further recommended due to its high speed that comes is a very small package. Puppy Linux is lightweight, which enables it to fit into a flash drive or disk. As a result, you can boot it as an alternative to Windows 7 even when using an aging machine. It comes in several flavors, allowing you to select the most suitable OS for your needs. 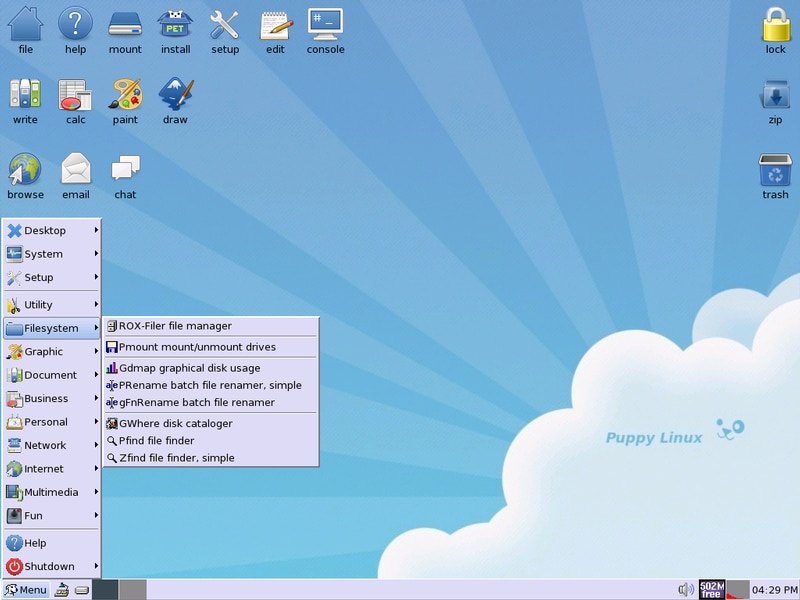 Mac computers are also some of the best alternatives to Windows 7. They are embedded with macOS, a robust operating system that functions differently from Windows. Apple, the producing and marketing company, has created several versions of macOS since its invention. The latest is the macOS Catalina, which was released in October 2019. Since it represents the next generation of macOS operating system it is a good replacement for Windows 7. This OS is keen on privacy and security, such that hackers cannot use apps to corrupt or intrude the system. Since it does not support 32 bit programs, you may prefer using the downgrade version, macOS Mojave, whose features include the following. 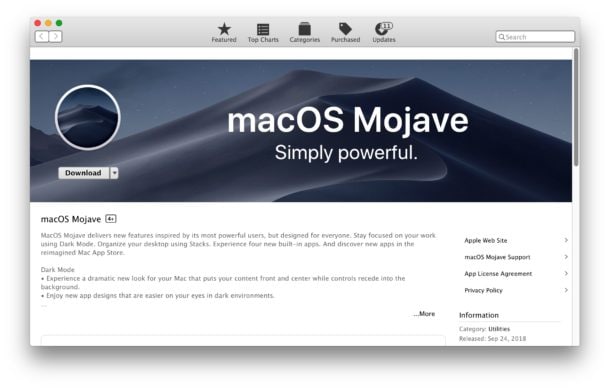 Xfce is one of the best Windows 7 alternatives since it is a lightweight environment for desktops with UNIX-like operating systems. As a result, it conserves the memory and CPU cycles. Using its fast and thin desktop environment, it provides an elegance such that figuring out how things are done becomes easier. It is not only user friendly, but also visually appealing and uses low system resources. 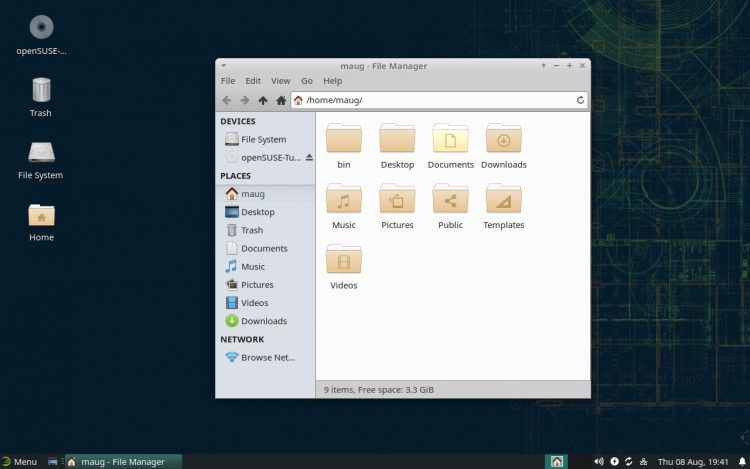 Since its core is based on Ubuntu and Linux, Lubuntu is a phenomenal Windows 7 alternative. It comes with an easy to use and clean user interface, which makes it easier to learn. Additionally, it is a lightweight and speedy operating system. Lubuntu utilizes a selection of light applications as well as a minimal desktop LXDE. 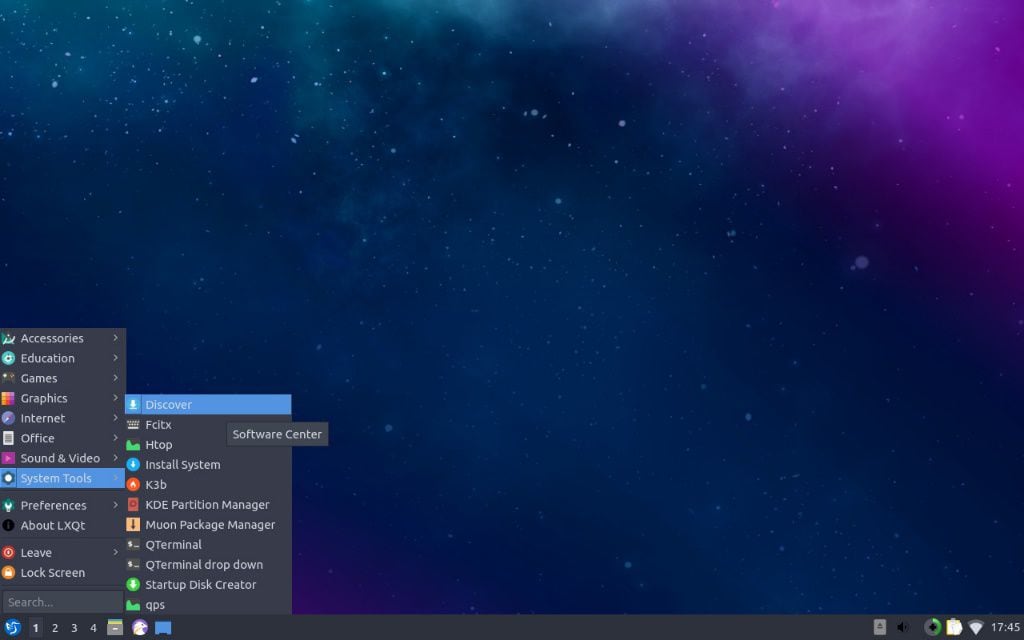 Elementary OS is in the Linux family since it is based on Ubuntu, but it is still different from other Linux based operating systems. It is a good replacement for Windows 7 because is it distinct, privacy-respecting and polished. The most recent desktop version is elementaryOS 5.0, known as Juno. It is also free and open source. 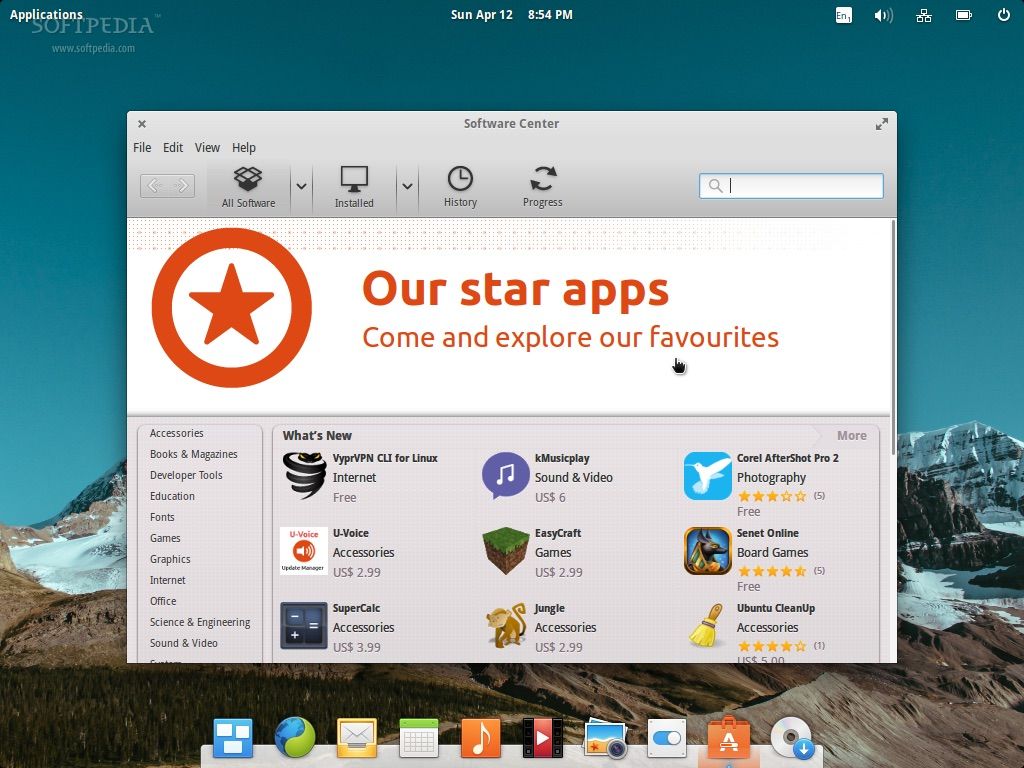 Zorin OS is another great Windows 7 alternative operating system, since it is specifically created to replace macOS and Windows. It is powerful and secure and tends to resemble Windows OS. It comes with a system menu located on the left side, task bar at the bottom and tray icons situated on the bottom right. Zorin OS is based on one of Linux stable sources, Ubuntu. Therefore, it is reliable and a good replacement for Windows 7. Additionally, it turns your PC into a faster and more enjoyable tool. 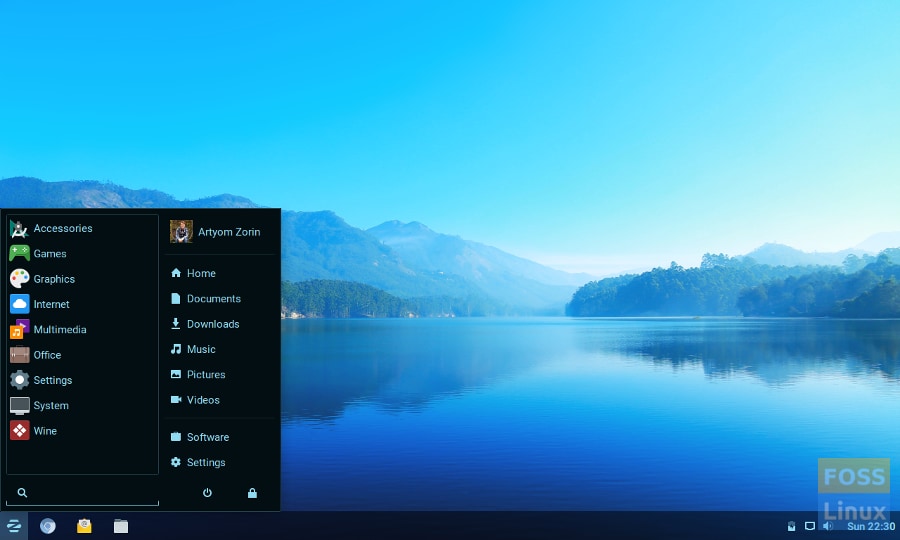 Raspbian is among the free operating system that qualify to be the alternatives to Windows 7 for Windows. It is based on Debian and optimized for Raspberry Pi hardware. This operating system comes with multiple basic utilities and programs that enable your Raspberry Pi to run. The new setup wizard enhances your experience since it can also get you into the internet fast. 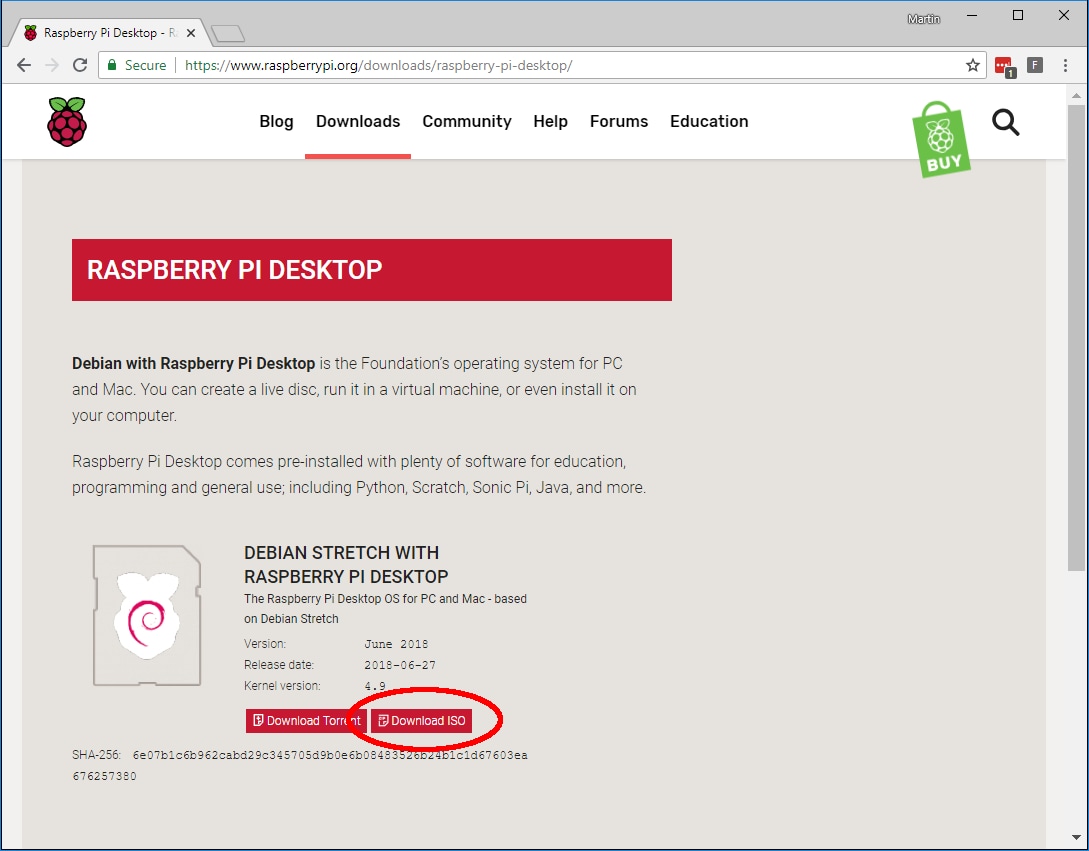 Xubuntu is recommended and hence can be a great alternative to Windows 7. This community developed OS combines simplicity and elegance, to give you the best experience. It is built around software that is not only lightweight but also easy to work with. With the Ubuntu hardware support, this operating system provides smooth desktop experience. Xubuntu is also free such that OS support is virtually available all the time. 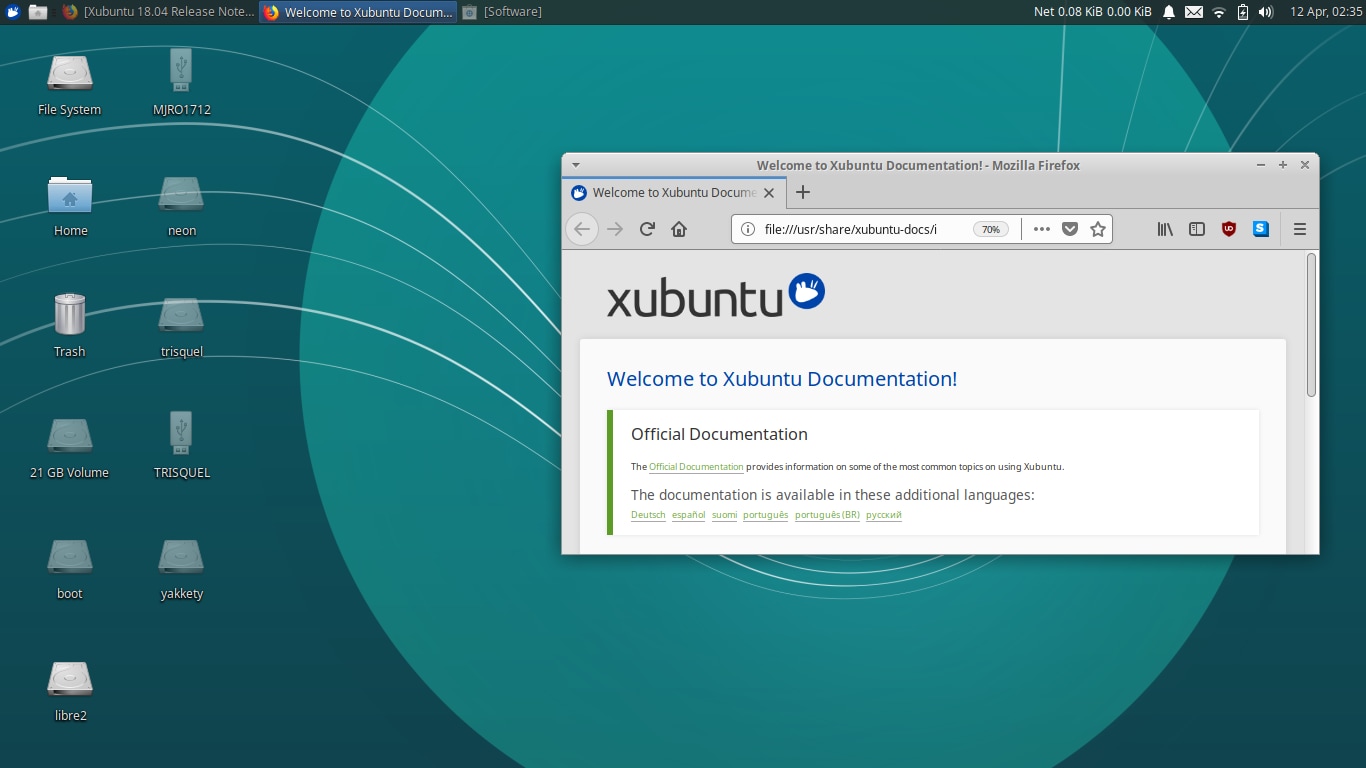 Kubuntu is also a free OS based on the KDE desktop interface and Linux kernel. This Linux distribution is great at being a Windows 7 alternative since it comes with multiple software like internet browser, spreadsheet generator and multiple application for media files playback. It is stable and secure, and thus immune to Windows viruses. 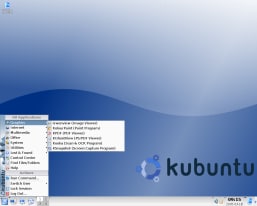 When seeking the best Windows 7 alternative, there are a lot of factors to consider, especially in regards to future updates. If you choose Windows 8 and 10 as your alternative to Windows 7, they may face the same fate as Windows 7 in the future. Microsoft will continue to develop better Windows versions as technology advances, and so Windows 8 and 10 support will also come to an end at some point. So, you need a Windows 7 alternative that is less hectic and whose developments and upgrades are more encouraging, such as Apple’s macOS.

With the following comparison, you will understand Apple macOS and Microsoft Windows 7 better. 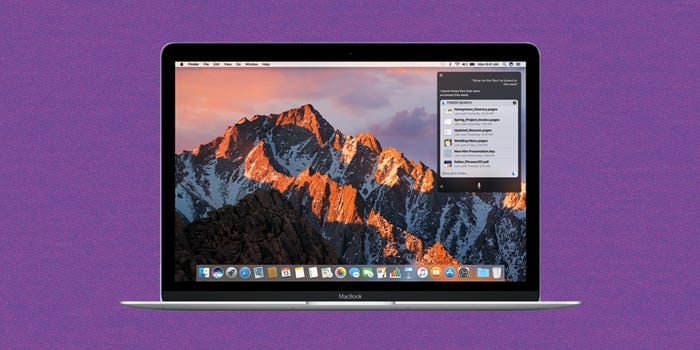 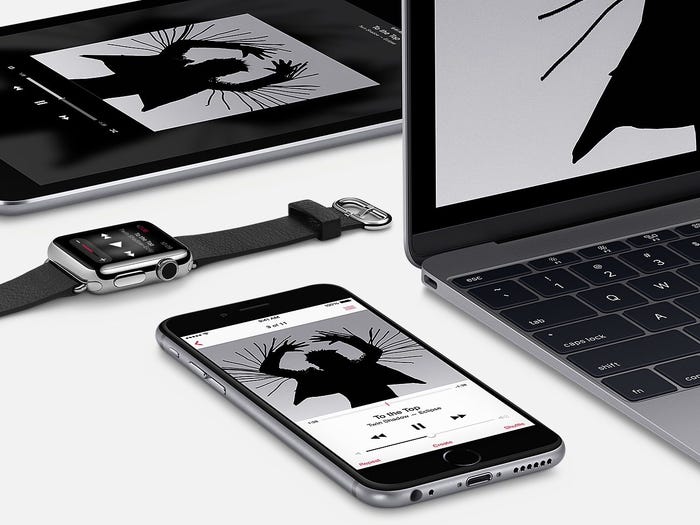 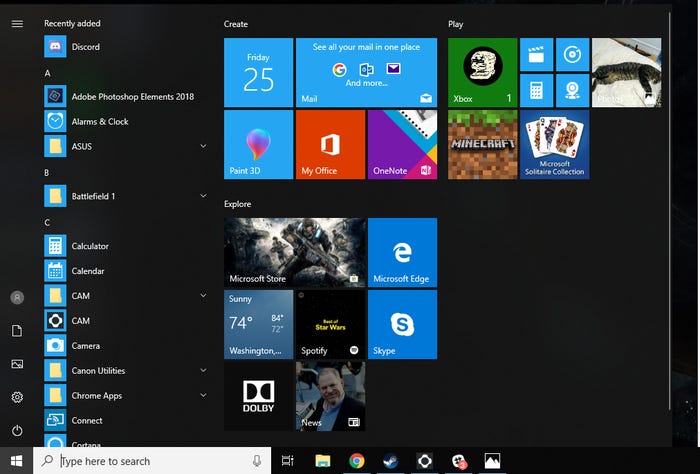 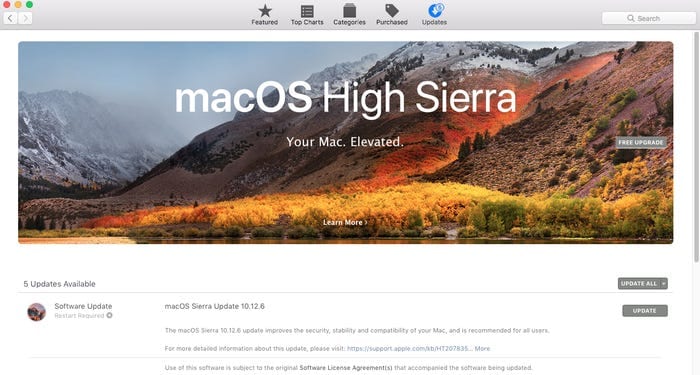 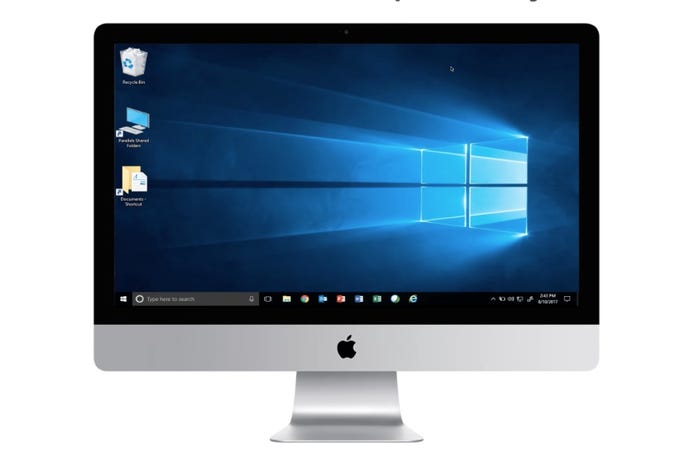 Best PDF Editor for Mac in 2023 – PDFelement for Mac

PDFelement for Mac should be your first PDF editor choice as soon as you consider using Apple macOS as your Windows 7 alternative. This PDF solution is powerful and yet so easy to use in the office and in school. It does a lot for users including opening PDFs so that you can proceed with other tasks. It opens in different ways such as dragging and dropping the file in the program interface or using various functions from the interface to reach the file locations. Additionally, PDFelement for Mac opens secured PDFs to enhance data security. The only requirement is putting in the full and correct password for you to access its contents. The passwords ensure that viewing, copying, editing and printing is restricted. 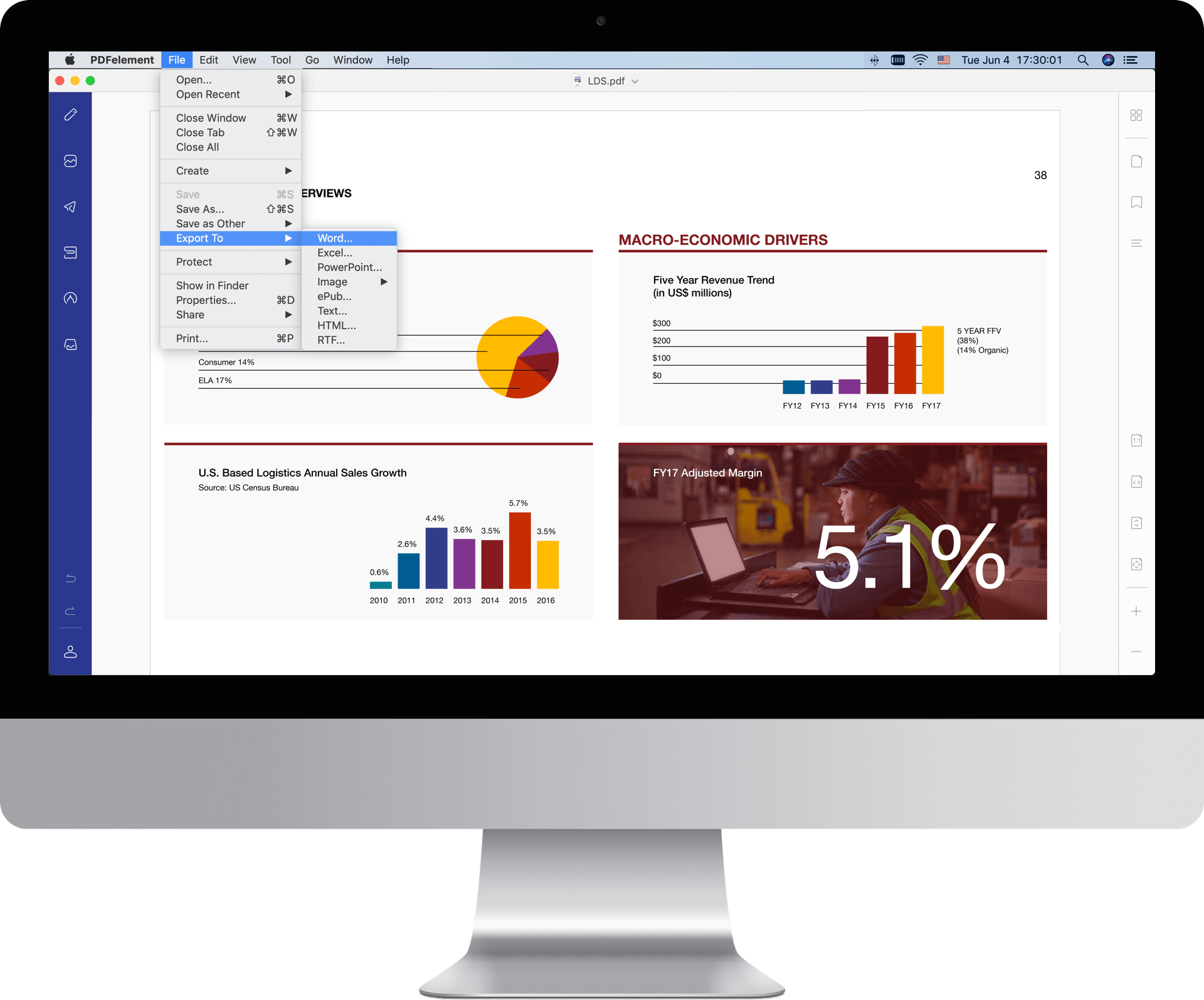