Personality Traits: The Big 5 Model and other examples 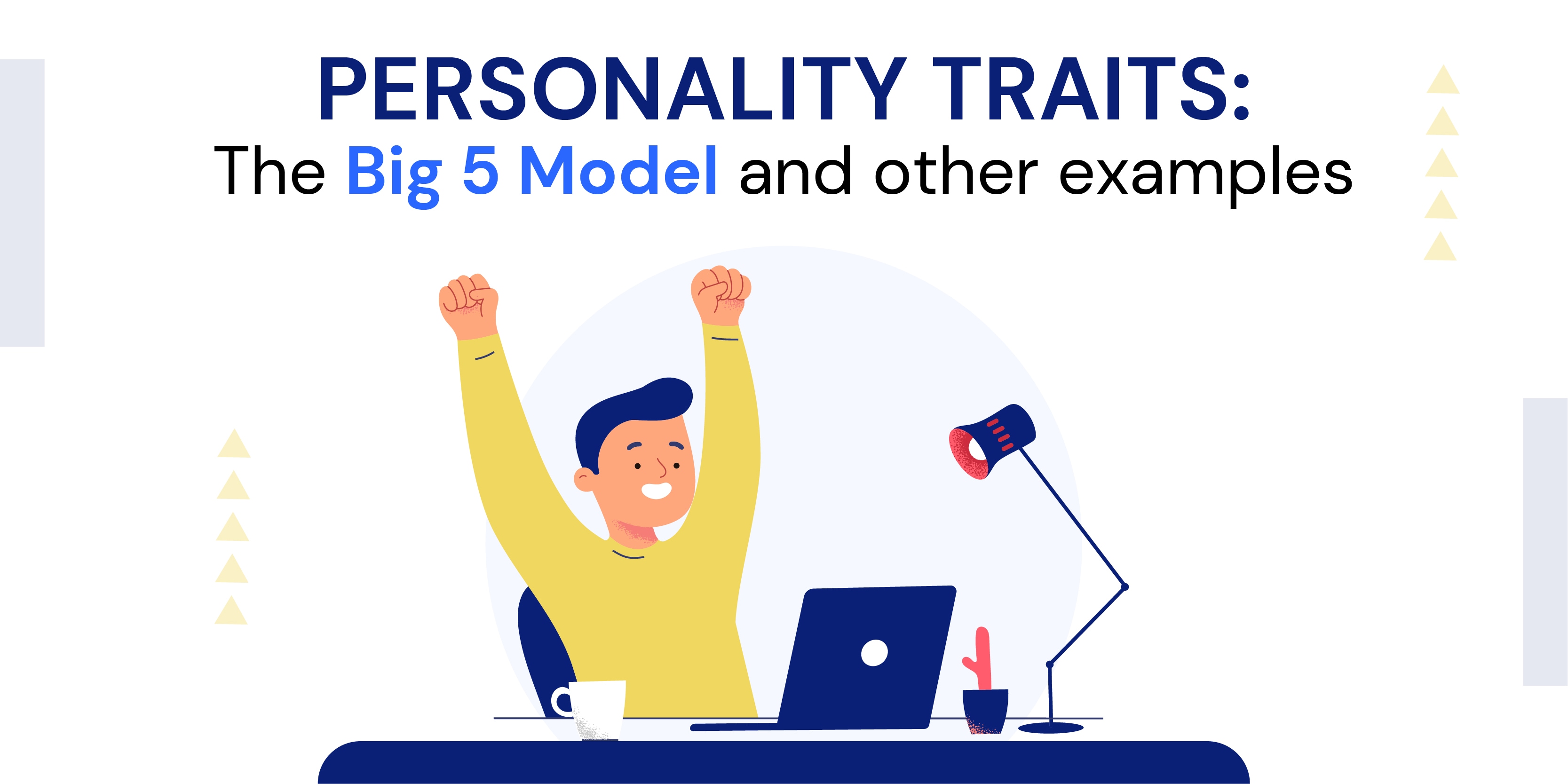 Some people are talkative, while others are quite silent.

Some are physically active, while others are anxious.

Some worry a lot, while others appear to be unconcerned practically all of the time.

These are adjectives that I am using to describe other people:

They refer to a person's personality - the distinct ways in which people differ from one another.

Personality can be boiled down into 5 core personality factors, according to popular theories,.

What are Personality Traits?

Examples of Other Personality Traits

What Can I Do to Change My Personality?

How can traits affect your happiness?

How can traits make you more productive?

How Conscientiousness affects your behavior?

What are Personality Traits? 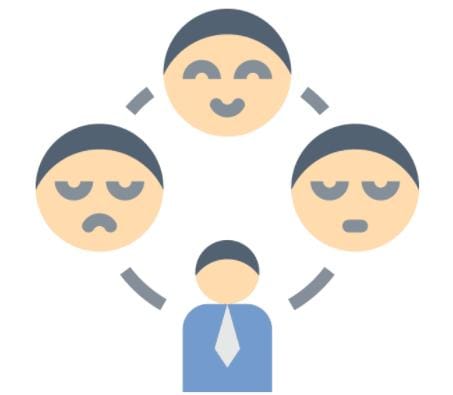 A personality trait is anything about a person that has a long-term impact on how they think, feel, and act. Rather than being discrete occurrences, personality traits are associated with long-term behavioral and emotional patterns.

Anyone can have a terrible day, become upset, and utter a snarky remark from time to time. This isn't indicative of a personality feature when it occurs in isolation.

When a person's usual tendency is to snap at people rather than communicate gently, "snappiness" is most likely a personality feature.

As said by Wayne Dyer:

Although there are various ways to think about people's personalities, Gordon Allport and other "personologists" stated that understanding personality traits is the best approach to explain distinctions between people. 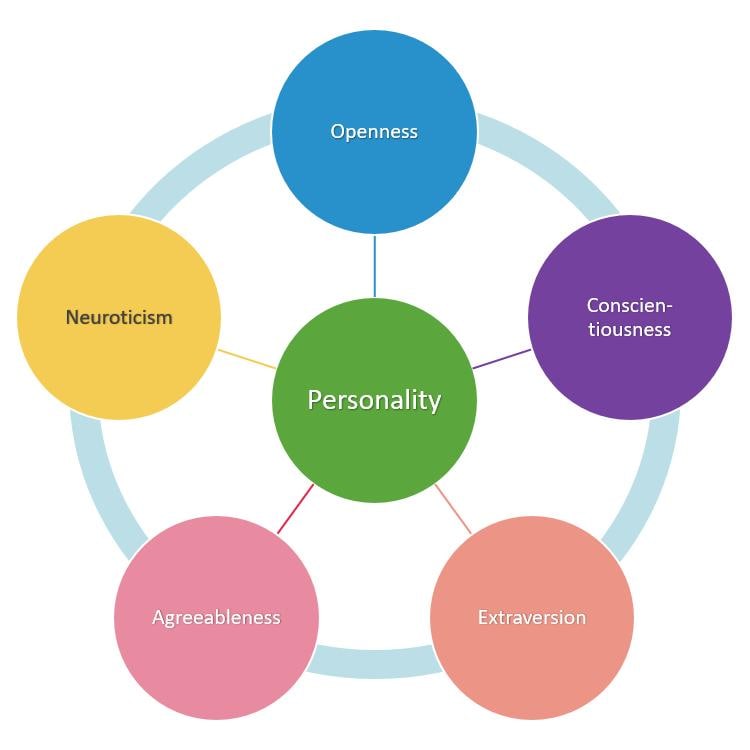 When trying to remember the big five traits, you might find it beneficial to employ the acronym OCEAN (openness, conscientiousness, extraversion, agreeableness, and neuroticism).

It's worth noting that each of the five personality traits comprises a spectrum spanning two extremes. Most people in the actual world fall halfway between the two extreme ends of each dimension.

The following are typical descriptions of these five character traits:

Characteristics like inventiveness and insight are present in this trait.

People that score well on this attribute also have a diverse set of interests. They are curious about the world and other people, and they are ready to learn new things and participate in new activities.

People with a high level of this personality trait are more daring and inventive. People that score low on this feature tend to be more traditional and may have difficulty thinking abstractly.

High degrees of thinking, good impulse control, and goal-directed behaviors are all common characteristics of this dimension.

Highly conscientious people are usually well-organized and detail-oriented. They think ahead, consider how their actions influence others and keep track of deadlines.

Excitability, friendliness, talkativeness, assertiveness, and high levels of emotional expressiveness are all characteristics of extraversion (or extroversion). 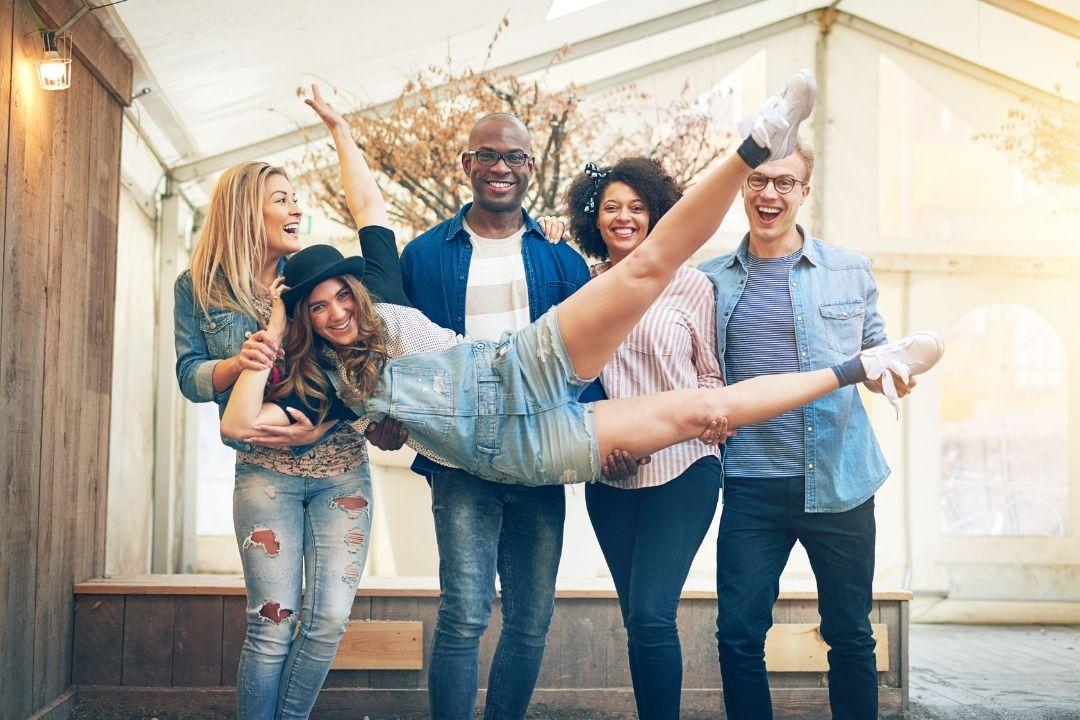 People with a high level of extraversion are gregarious and thrive in social circumstances. They become invigorated and delighted when they are in the company of others.

People with low extraversion (or introversion) are more restrained in social situations and have less energy to exert.

Trust, altruism, kindness, affection, and other prosocial behaviors are examples of traits found in this personality dimension. 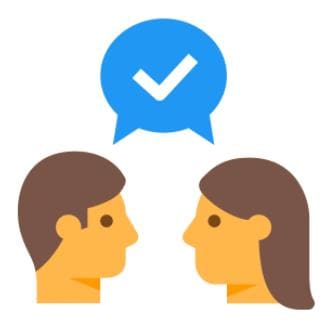 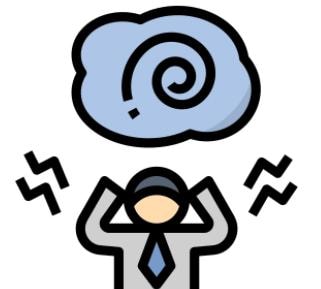 Examples of Other Personality Traits

People have distinct personalities that define them. There are numerous types of personality qualities, some of which are positive and others which are negative.

You'll find what you're searching for here, whether you're seeking personality qualities for characters in novels you're writing or just the proper words to express aspects of your or someone else's personality.

Positive character traits can appear in a variety of ways. When a person's regular conduct demonstrates the same positive characteristics repeatedly, the linked actions become indicative of their personality.

The bold adjectives in the instances below are descriptive words that are widely used to indicate the positive feature mentioned.

What would life be like if there was no balance? People aren't all good or all bad, for the most part (though there may be some exceptions). There's a good chance that you, like everyone else you meet, have a few negative personality traits.

Consider the following examples of negative characteristics. The descriptive words or phrases that are widely employed to represent these characteristics are bold once again.

What Can I Do to Change My Personality?

What makes up your personality?

The activities you take.

And the decisions you make.

It's most likely the result of both nature and nurture.

You are either a patient person or not.

You are either a responsible person or not.

You have little control over which personality traits or natural tendencies are at work in your thoughts.

You can influence how these traits influence your behavior hence your personality.

By acting upon following activities you can change your personality:

If sociability is a personality trait that you struggle with, forcing yourself to meet new people at a social gathering can help you become more sociable.

Developing a pastime is a great method to become a well-rounded person who is willing to try new things.

Sports may teach you collaboration, humility, and respect for other people's contributions

Practice a variety of arts and crafts

Practicing a variety of arts and crafts can help you become more patient while also pushing the boundaries of your imagination.

Volunteer for a charity organization

Volunteering for a charity organization to aid individuals who are less fortunate than you can help you become more loving and less selfish.

Reading a book can broaden your views and motivate you to improve by introducing you to new ways of thinking and doing.

Negativity, as well as being cheerful and upbeat, can have an impact on others around you.

Offering a nice grin to a stranger, can improve their day, whilst gazing at them directly or indirectly can lower their mood.

As quoted by Elisabeth Kubler-Ross:

“People are like stained-glass windows. They sparkle and shine when the sun is out, but when the darkness sets in, their true beauty is revealed only if there is a light from within.”

Lastly, understanding personality qualities is an excellent place to begin your quest for self-awareness. It's up to you to adapt away from bad inclinations and instead exhibit positive features if you truly want to understand how to avoid being defined by negative personality traits.

The more you shift your focus away from the negative and toward the good, the easier it will be to present yourself in a favourable light.

Decluttering your files on your computer is another great way to organise your life. Files are playing an increasingly important role in our daily lives, from assignments to spreadsheets, they play a vital role from education to work. 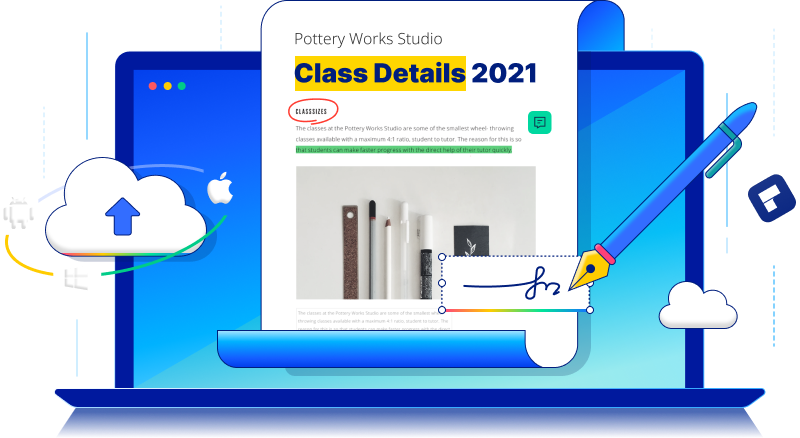 People can use Wondershare Document Cloud to neatly organise your files on a cloud. This way you can easily access all your documents from a single space, whether it's your desktop, tablet or handheld mobile phone. 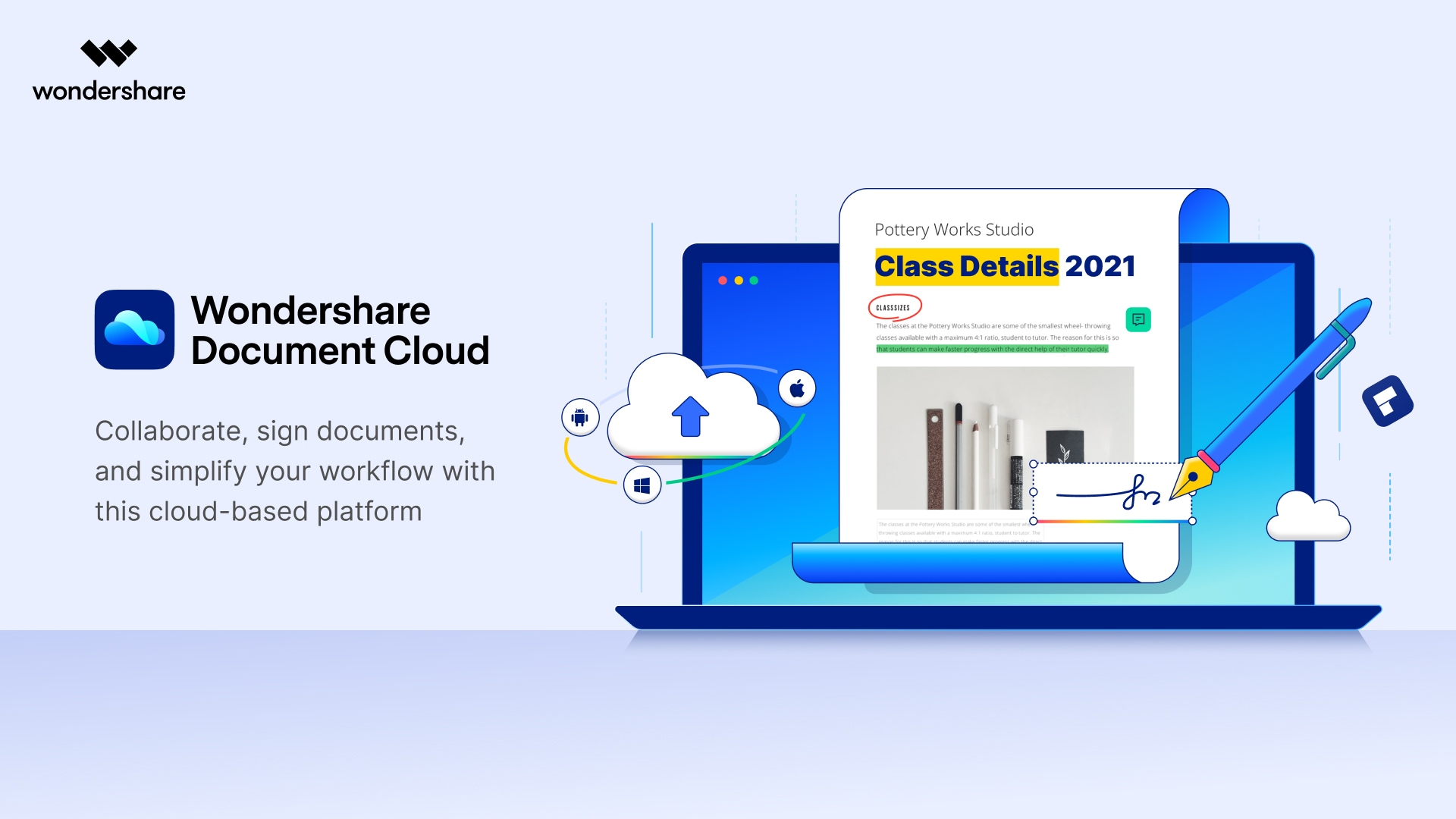 How can traits affect your happiness?

Do you know your happiness makes you live longer?

If no, then you can build these traits over time to become more happier

Enthusiastic love to express and laugh. They are full of positive emotions and have high goals in life. Such people are strong in relationships and highly satisfied with life.

I think every human wants to be low in neuroticism so that they can experience less anxiety. People of low withdrawal handle everything more gracefully and are emotionally stable.

People who work hard and have high achievements are not scanty! They are the ones who are engaged in their life and enjoy the feeling of mastery.

Do you feel happiness in helping others?

Carry on! Indeed a great work you are doing.

People who care about others' well-being, happiness increase their own. Your time investment is worth millions.

Those who love to solve complex problems, always welcome new ideas. They think deeply, make a good reflection and help themselves to grow.

Personality traits need to be considered too!

What do you say?

How can traits make you more productive?

Conscientiousness is a great trait that if you build over time can make you a far more productive person from your current state.

It is a desire to perform your task well, to take your commitments seriously.

One could say that trait is all about being diligent and careful.

But, is it all about being careful?

I guess it is not!

It is also about efficiency.

When people are being conscientious, they set high aims and are more efficient in achieving their goals.

They also become more systematic, enabling them to be more attentive and hardworking.

Why is conscientiousness important?

People having conscientiousness traits; always consider the consequences of the steps they are taking. They are critical thinkers and have great problem-solving skills.

It is a valuable trait to have because this is something that many employers look for in a candidate.

“Productivity is never an accident. It is always the result of a commitment to excellence, intelligent planning, and focused effort.”

From this quote, we learn that commitment, planning, and focused effort lead to being a productive person. These qualities sum up conscientiousness very well!

There are a total of six sub traits.

People who are always striving for excellence in the things they perform are high in conscientiousness and are high achievers. They are ambitious and tend to have high goals.

Considering all the facts before making decisions and choosing options wisely is to be cautious. Such people take their time and deal with the best.

A well-rounded person with a strong sense of moral obligation and duty has a high score in conscientiousness.

Are you a promise keeper?

These people are faithful and devoted people as well.

Someone who is highly organized; reward themselves with routines and proper schedules. They are punctual and like list-making.Thus, orderly.

High scores in conscientiousness also lead to self-discipline. Such people tend to be more persistent when things get difficult. They are more focused and always complete tasks even when things get complicated.

"Self-discipline is when your conscience tells you to do something and you don't talk back. "

A person who scores high in conscientiousness is more likely to complete their goal and be successful. Their ability to see things differently helps them to see things till the end until they are not completed.

Having this trait can change you as a person. Let’s explore.

How Conscientiousness affects your behavior?

Conscientious people don't waste their time in fun and doing extra activities, their main aim is to achieve their goals.

Such people are more responsible, organized, goal-oriented, hard-working, and reliable.

Such people are more organized. They are productive and are dependable. They are the planners and always work on schedules.

Taking notes, keeping promises, and showing up on time is their nature. They show their self-care through yoga, exercise, a healthy diet, and proper sleep. Such people do not smoke cigarettes and are less likely to use drugs.

I hope that reading about all these traits have made you understand yourself better and build on those traits that you need the most.

10 Useful Tips to Get Your Life Organized

10 Goal Setting Tools to Help You Achieve Them

Why Goal Setting Is So Important

Tips and Tricks for Self-Confidence and Self-Esteem Building

How to be Successful in Life? 10 Keys for You! 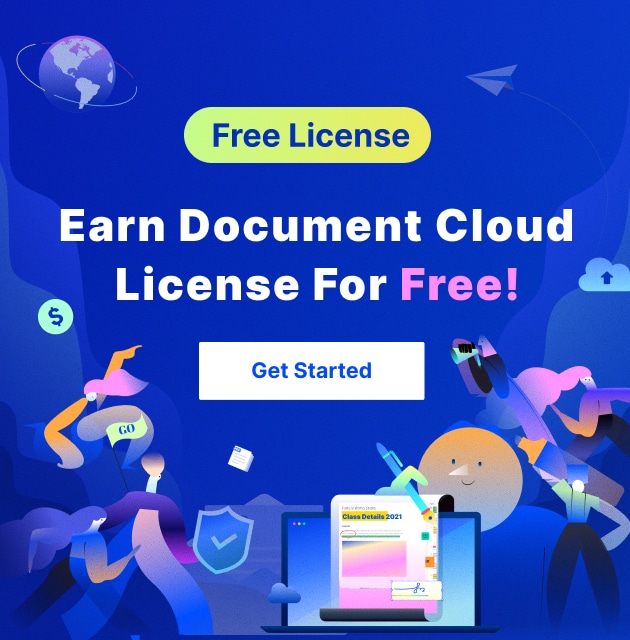 Other popular Articles From Wondershare